Owaisi will start wearing ‘janeu’ if Yogi returns to power in 2022: UP minister

This will be in the line of leaders like Rahul Gandhi wearing ‘janeu’ and Akhilesh Yadav visiting Hanuman temples to pay his obeisance amid the strengthening BJP’s ideology, UP's Panchayati Raj Minister Bhupendra Singh Chaudhary asserted. 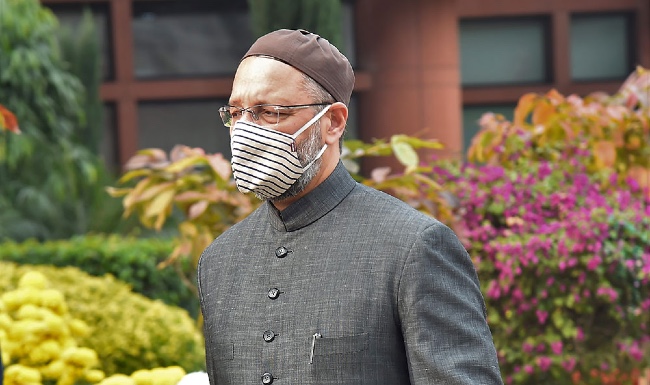 If the Yogi Adityanath government returns to power in Uttar Pradesh for a second term, AIMIM chief Asaduddin Owaisi will start wearing Hindus’ sacred thread 'janeu', worn across the shoulder, and chanting Lord Ram’s name, a UP minister said on Sunday.

Chaudhary, who hails from Moradabad and is a member of the state’s Legislative Council, made the remark at a youths’ meet in Shamli. Chaudhary reiterated his remark about Owaisi to the PTI, saying it is bound to happen.

Asked what makes him feel that Owaisi will start wearing “janeu”, he said, "We are taking our agenda forward. Due to this agenda, Akhilesh Yadav has begun going to Hanuman temples and offering prayers.”

“Due to this agenda, Congress leader Rahul Gandhi has begun wearing 'janeu' and telling his 'gotra' to one and all,” the minister said. “This is the impact of our ideology due to which people have left their own agendas and started following ours,” he said.

“Those who used to indulge in appeasement and speak about minorities only, those who did not accept the existence of Lord Ram and had given an affidavit in the court that Ram was an imaginary figure, have begun wearing 'janeu' and visiting temples," he asserted.

In September 2007, the Centre had told the Supreme Court that there was no historical evidence to establish the existence of Lord Ram or the other characters in Ramayana. In an affidavit filed before the apex court, the Archaeological Survey of India had rejected the claim of the existence of the Ram Sethu bridge in ancient times, linking to India’s southernmost tip to Sri Lanka.

When contacted, Owaisi told PTI, "What is wrong with you people? If someone makes an obnoxious statement, you want my reaction? What type of reaction do you want from me? I don't want to comment on such mad statements."

Owaisi had announced that his party will contest 100 seats in the upcoming assembly elections. He is currently engaged in the poll campaigning for his prospective party’s candidates, crisscrossing the state, particularly the Muslim-dominated areas, and exhorting them to develop their own leadership for their welfare.