Padmaavat: Police Say Bars, Pubs Will Not Be Shut In Gurugram, Deny Reports

He made the statement while denying reports that the bars and pubs have been ordered shut. 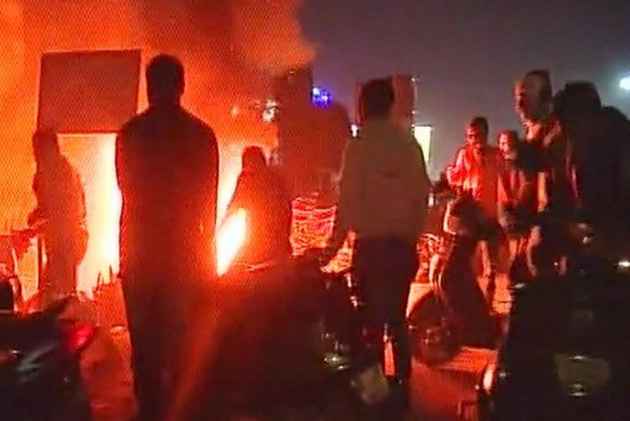 Bars and pubs will not be shut in wake of protests ahead of the release of Sanjay Leela Bhansali's controversial film "Padmaavat" on Thursday, Gurugram deputy commissioner Vinay Pratap Singh said on Wednesday.

He made the statement while denying reports that the bars and pubs have been ordered shut.

"We have already imposed (prohibitory orders under) Section 144 of the CrPC in the city but not directed pubs and bars to shut. All pubs and bars will remain open. The police are undertaking adequate patrolling," Singh told PTI.

Haryana: Security forces deployed outside INOX Gurgaon Dreamz in #Gurugram ahead of the release of #Padmavaat tomorrow. pic.twitter.com/sJFuuvw3CE

Hundreds of Karni Sena supporters and other outfits opposed to the film on Wednesday staged protests near the Khidki- Daula toll plaza on the Delhi-Jaipur national highway.

Gurugram Police chief PRO Manish Sehgal said the agitation ended after the police removed the protesters from the scene.

There are more than 40 multiplexes and cinema halls in the city.

The film, starring Deepika Padukone, Shahid Kapoor and Ranveer Singh, is based on the saga of the 13th century battle between Maharaja Ratan Singh of Mewar and Sultan Alauddin Khilji of Delhi.

The film has been been facing protests by Karni Sena and other fringe groups over allegations that it distorts historical facts.

The film's producers have denied the allegations.