'Padmaavat' Release: Man Tries To Self Immolate Outside Cinema Hall In Uttar Pradesh 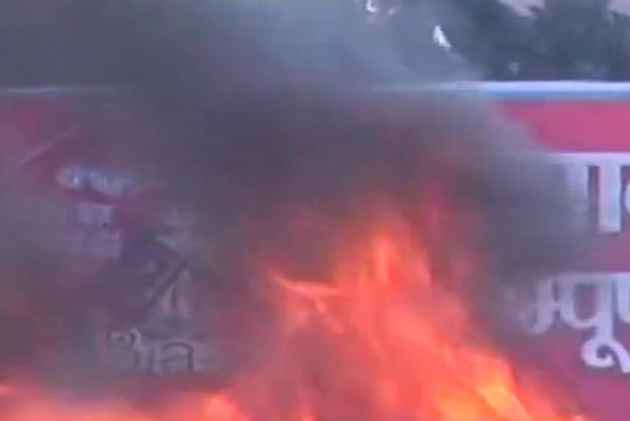 A man on Thursday tried to self immolate outside a cinema hall in Uttar Pradesh's Varanasi in protest against the release of the film, 'Padmaavat'.

The man was later detained by the Police.

Hundreds of protesters took to the streets and raised slogans against the cast of Padmaavat.

While various Hindu and Rajput fringe outfits have raised objections over the epic drama, the Supreme Court has given a green signal to the film.

The top court had set aside the notification passed by the states of Madhya Pradesh, Haryana, Rajasthan and Gujarat to ban the release of the movie.

Meanwhile, Karni Sena in Lucknow staged a protest at Novelty Cinema, requesting the commoners not to watch the movie. They even said that they would compensate money of the tickets already bought by the people.