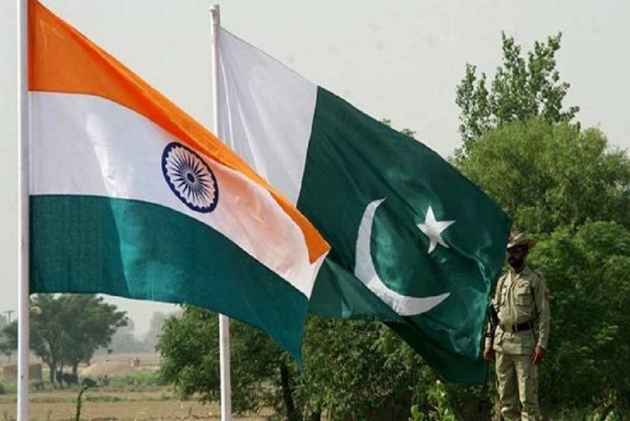 For many audiences in South Asia, the sharp exchanges between the delegations of India and Pakistan at the recent General Debate of the ongoing 72nd Session of the United Nations General Assembly (UNGA) dominated coverage of the event. The debate was conducted on the theme “Focusing on People: Striving for Peace and a Decent Life for All on a Sustainable Planet”.

As it turned out, the debate ventured into areas not covered by the theme, especially regarding “sovereignty” and multilateralism. This was initiated on the first day of the debate itself by US President Donald Trump. His debut UNGA speech emphasized that the success of the United Nations depended on “a coalition of strong and independent nations that embrace their sovereignty to promote security, prosperity, and peace for themselves and for the world”.

Of course, his views on how such sovereignty was to be exercised by the United States left many in the audience in a state of disbelief. His threat to “totally destroy North Korea” was unusually blunt. Equally disturbing was his assertion that the Iran nuclear deal was “one of the worst and most one-sided transactions the United States has ever entered into.” Such statements undermined the credibility of the United States as a permanent member of the UN Security Council, which had negotiated resolutions on both North Korea and Iran through diplomacy rather than through the use of force.

Among the major powers responding to the emphasis on “sovereignty” in the debate at the UN was Russia. Foreign Minister Sergei Lavrov endorsed President Trump’s emphasis on upholding the sovereignty but disagreed with his views on the Iran nuclear deal, which had been endorsed by the UN Security Council. Prime Minister Shinzo Abe of Japan aligned Japan’s position on North Korea with the United States, its military ally. It was left to election-bound Germany, represented by Foreign Minister Sigmar Gabriel, to counter President Trump’s proposition by emphasizing that “in international cooperation, no one loses sovereignty. Rather we all gain new sovereignty which we could no longer have as nation-states on our own in today's world.”

Pakistani Prime Minister Shahid Abbasi, speaking before India’s External Affairs Minister Sushma Swaraj, launched a vitriolic attack on India’s policies in Jammu and Kashmir in a blatant attempt to “internationalize” the issue of Jammu and Kashmir. External Affairs Minister was compelled to highlight Pakistan’s own role in sponsoring terrorism as an instrument of state policy against India in her statement. These statements led to a series of “rights of reply” by both delegations, which focused on human rights and countering terrorism in the context of Jammu and Kashmir.

In an inexplicable mistake, Pakistan’s envoy to the UN Maleeha Lodhi, while exercising her “right of reply” to the Indian Minister’s statement, held up a photo of a Palestinian girl injured in Gaza as evidence of India’s use of force against civilians in Jammu and Kashmir (first reported by Outlook). This provoked a “right of reply” by India, which showed a photo of Lt. Umar Fayyaz, abducted and murdered by Pakistani-backed terrorists, to illustrate the cynicism of Pakistan

Umar Fayyaz, abducted and murdered by Pakistani-backed terrorists, to illustrate the cynicism of Pakistan in using terrorism as an instrument of state policy while projecting its commitment to human rights. Pakistan’s subsequent (and last) “right of reply” lost its steam in the UNGA due to the bungle of its envoy earlier in the debate.

For many countries in the UNGA, Pakistan’s single-minded focus on raising human rights issues in the debate was ironical, since Pakistan had failed to be re-elected to the UN Human Rights Council when elections to that body were held in October 2015 in the UNGA. Apart from its jousting with India, Pakistan was criticized by Afghanistan for denying any role in terrorist attacks against Afghanistan from Pakistani territory, while Prime Minister Sheikh Hasina’s reference to genocide in Bangladesh in 1971 by Pakistan elicited a Pakistani “right of reply”.

For many developing countries, the new focus of the debate on “sovereignty” brought in by President Trump was overshadowed by their priority for socio-economic development in the face of challenges posed by climate change, armed conflicts and terrorism. The fact that these challenges have been placed on the agenda of the UN Security Council over the past few years potentially provides the scope for discussing “sovereignty” in decision-making by the Security Council, which is currently dominated by its five permanent members.

India’s statement at the debate this year recalled the unanimous mandate given by the 2005 UN World Summit for early reforms of the Security Council, to make it “more broadly representative, efficient and transparent and thus to further enhance its effectiveness and the legitimacy and implementation of its decisions”. India recognized the “evident desire for change” in the UN among the 128 countries that participated in the meeting convened by President Donald Trump on UN Secretariat reforms, and the fact that “more than 160 countries” had expressed support for Security Council reform in the UNGA. India called on the President of the UNGA to prioritize a text for negotiation. This text would have to be adopted as a UNGA resolution by a two-thirds majority to amend the UN Charter and restructure the Security Council.

Just two years ago, in September 2015, Prime Minister Modi had participated with world leaders in a historic Special Summit of the UNGA to adopt Agenda 2030 with its 17 Sustainable Development Goals. After decades of disagreements over climate change and sustainable development issues, the UNGA had converged through “constructive multilateralism” to adopt a universally applicable global developmental agenda with specific targets till December 2030.

By negotiating Agenda 2030 as a ground-up, multi-stakeholder, outcome, countries like India were able to secure a supportive global framework for their national economic priorities (as encapsulated in India’s “sabka saath, sabka vikas” slogan). This holds true especially for specific goals on eradicating poverty, access to clean energy, full and productive employment, reducing disparities, building resilient infrastructure and sustainable urban settlements.
Critical to implementing Agenda 2030 is the requirement to maintain international peace and security, the primary responsibility for which is given by the UN Charter to the Security Council. Investments and technology transfers for sustainable development need a supportive and stable international environment. The outcome of the debate in the UNGA over the past week demonstrated that this linkage between peace and development, while recognized, has not yet taken root, awaiting the reform of the UN Security Council.
[Ambassador Asoke Mukerji was India’s Permanent Representative to the United Nations between 2013-2015]