Qureshi began his speech by raking up the Kashmir issue Qureshi and demanded a joint investigation by the United Nations. 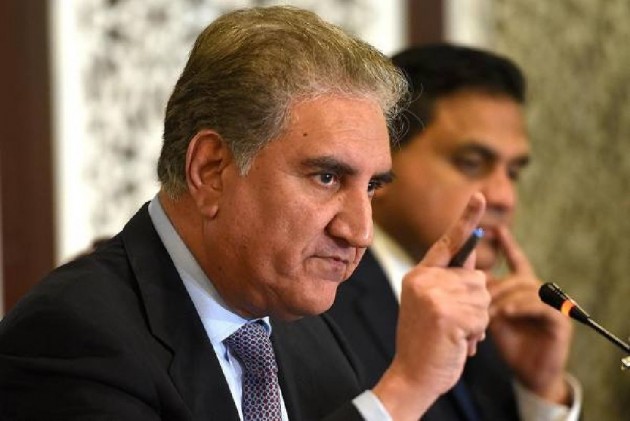 In a slip of tongue, Pakistan Foreign Minister Shah Mahmood Qureshi on Tuesday mentioned J&K as an Indian state while talking to reporters after his address at the UN Human Rights Commission.

"India has given an impression to the world that life has returned to normalcy (in Jammu and Kashmir). If the life has returned to normalcy, then I say why don't they allow you, international media, why don't they allow international organizations, the NGOs, civil society organizations to go into the Indian state of Jammu and Kashmir and see for themselves what the reality is," he said here.

Qureshi began his speech by raking up the Kashmir issue Qureshi and demanded a joint investigation by the United Nations.

"Today, I have knocked on the doors of the Human Rights Council, the repository of the world’s conscience on human rights, to seek justice and respect for the people of Kashmir," he said.

"We must not allow this august body to be embarrassed on the world stage. As a founding member of this Council, Pakistan feels morally and ethically bound to prevent this from occurring," he said, adding that in order to do so the body should not remain indifferent to the situation that was unfolding.