Pakistan Not Viewed As A Key Player In Kashmir Despite 'Mess' India May Have Made, Says Former RAW Chief

'If there is alienation in Kashmir against India or anger...There is no love lost for Pakistan.' 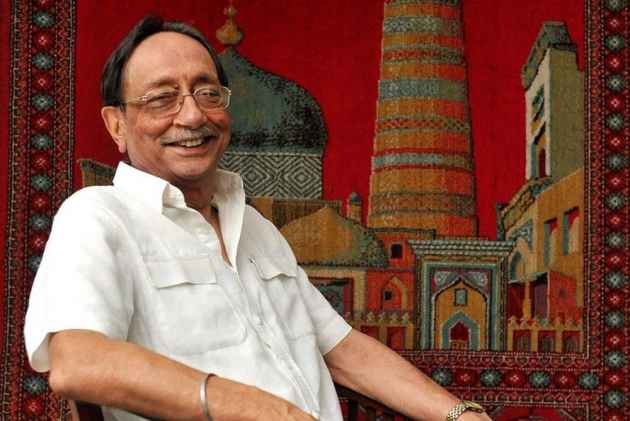 Pakistan is not viewed as a key player within the Kashmir issue despite the "mess" India may have created in the region in the last 15 months, a former spy chief of India has said.

Amarjit Singh Dulat, who served as head of RAW in 1999- 2000, said the whole world knows that Kashmir is a "very integral part of India" and the problems in the region can be resolved with a more "civilised" approach by talks with all groups involved.

"If there is alienation in Kashmir against India or anger...There is no love lost for Pakistan. Pakistan has long gone out of the Kashmir equation and Kashmiris realise there is nothing more to be gained from Pakistan," he said.

Dulat was addressing an event entitled 'Spymasters Speak: Can intelligence agencies do good?' at the London School of Economics (LSE) on Friday evening.

Describing the killings of youth and security personnel in the violence that has erupted in the region as "unfortunate", Dulat stressed that "heavy-handedness" is not the answer.

"One message which comes out of Kashmir is that a lot can be achieved with love and compassion but never by force. And, I think that is the mistake we have made in the last 15 months," he said.

The former intelligence chief was of the view that talks with separatist groups should not be ruled out as all matters "need to be discussed upfront" between Delhi and Srinagar.

"Democracy works. Apart from the mess we have created, the mistake we are making is not talking to people. It is high time we started talking...Even to the Hurriyat. The idea of talking to them is to mainstream them and get them into the democratic process," he said.

Dulat, who was also a former special director of India’s Intelligence Bureau (IB) and served as IB joint director in Kashmir in the late 1980s, claimed that the Kashmiri people are "not happy" with the BJP-PDP coalition for bringing the RSS into the Valley.

"The RSS may have come into the Valley but will not achieve anything," he said.

Dulat was joined on the panel by General (Retd) Ehsan ul Haq, former director-general of Inter Services Intelligence (ISI), at the event organised by the UK-based South Asia Future Forum and chaired by the LSE's South Asia Centre.

The two former spies concurred with each other on the need for the intelligence agencies of the two countries to cooperate more closely but had predictably divergent views on the Kashmir issue.

"The Kashmir dispute cannot be wished away. If it is left unresolved, it will keep recurring with increasing intensity," said Haq.

"Kashmir has regained centrality in Indo-Pakistan policy focus and from Pakistan’s perspective it remains the core issue within bilateral relations," he said.

On the issue of terrorism, both former spy chiefs called for coordinated efforts between India and Pakistan to tackle the menace together.

"We have borne the brunt of it for a long time. We know that Pakistan is also suffering because of terrorism. Delhi is justified in its stand of no talks until there is terrorism. But there is no way but to talk. In the case of Pakistan, we need to make this one exception and talk along with terror," said Dulat.