Pakistan Plans To Crackdown On Hafiz Saeed, To Takeover Charities Run By Him

The Pakistani government detailed its plans in a secret order to various provincial and federal government departments on December 19. 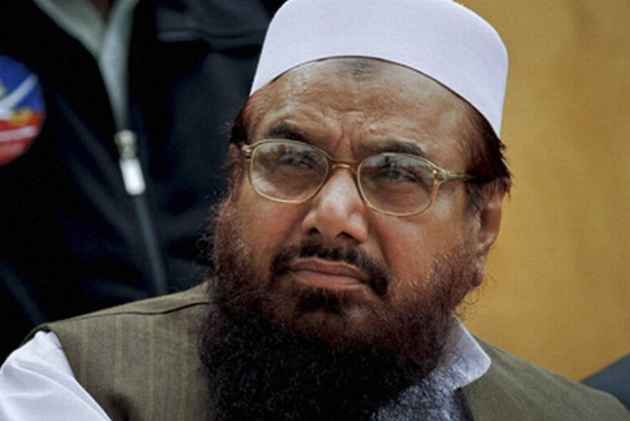 The Pakistan government might seize control of charities and financial assets linked to the founder of Lashkar-e-Taiba and the chief Jamaat-ud-Dawah Hafiz Saeed, the mastermind of Mumbai terror attack, according to officials and documents reviewed by news agency Reuters.
According to Reuters, the Pakistani government detailed its plans in a secret order to various provincial and federal government departments on December 19. Three officials who attended one of several high-level meeting discussing the crackdown told the news agency.
Marked “secret”, a document from the finance ministry directed law enforcement and governments in Pakistan’s five provinces to submit an action plan by December 28 for a “takeover” of Saeed’s two charities, Jamaat-ud-Dawah (JuD) and the Falah-e-Insaniat Foundation (FIF), claims the Reuters report.
The report comes days after Palestine recalled its envoy to Pakistan for sharing the stage with Saeed, with President Mahmoud Abbas directly intervening to order the recall after India strongly protested the envoy’s action as “unacceptable”.
India had strongly conveyed to Palestine that the presence of its ambassador to Pakistan at the event of Saeed, also a UN-designated terrorist, is "unacceptable".
Recently, Saeed opened the first office of the Milli Muslim League (MML) in Lahore, days after the Pakistan government said the group would breed violence and extremism in politics while opposing a plea seeking its registration as a political party.
Saeed has confirmed that his organisation JuD would contest the 2018 general elections under the banner of the MML.
The MML is the offshoot of the banned Lashkar-e-Taiba (LeT) and JuD, according to the government. The MML had challenged the Election Commission's order in October that had declined its registration as a political party.
The United States has labelled JuD and FIF “terrorist fronts” for Lashkar-e-Taiba (“Army of the Pure” or LeT), a group Saeed founded in 1987 and which Washington and India blame for the 2008 attacks in Mumbai that killed 166 people.
Interior minister Ahsan Iqbal, who co-chaired one of the meetings on the plan, told Reuters that he had ordered authorities “to choke the fundraising of all proscribed outfits in Pakistan”.
He added that Pakistan wasn’t taking action under US pressure. “We’re not pleasing anyone. We’re working as a responsible nation to fulfill our obligations to our people and the international community.”
If the authorities take actions as directed, it would mark the first time Pakistan has made a major move against Saeed’s network, which includes 300 seminaries and schools, hospitals, a publishing house and ambulance services.
(With PTI inputs)