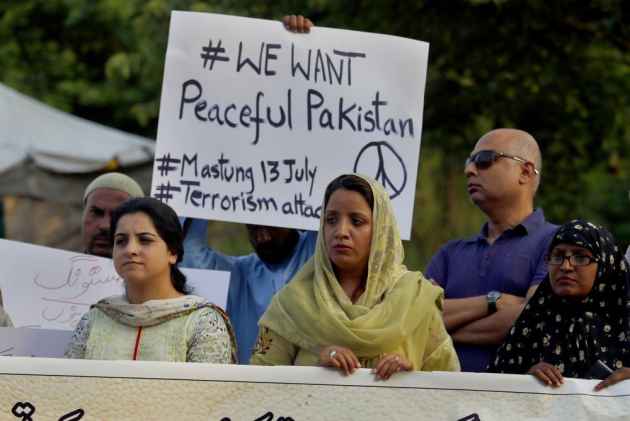 Ahmad further said suicide bombers and improvised explosive devices (IEDs) could be used by terrorists to attack the leaders and candidates.

This warning comes after a senior official revealed the names of six politicians with threat perception, followed by three back-to-back terrorist attacks in four days - two in Khyber Pakhtunkhwa and one in Balochistan," Iftikhar A. Khan of the Dawn reported.

Also, the Senate's standing committee on interior affairs had also been told that the senior leadership of the Pakistan Peoples Party and the Pakistan Muslim League-Nawaz was also under threat.

The briefing session was held in the chambers of Chief Election Commissioner Justice retired Sardar Muhammad Raza and was attended by other members and senior officials of the commission.

The ECP , however, said that elections will be held on time and declared that the electoral process will continue despite terror threats.

The ECP underlined the need to tighten security across the country and create a peaceful environment for the elections.

The ECP has also directed the Ministry of Energy to ensure uninterrupted supply of power on election day (July 25) till completion of the vote count process.