They were captured by terrorists from Afghanistan in 2012 and kept as hostages there. 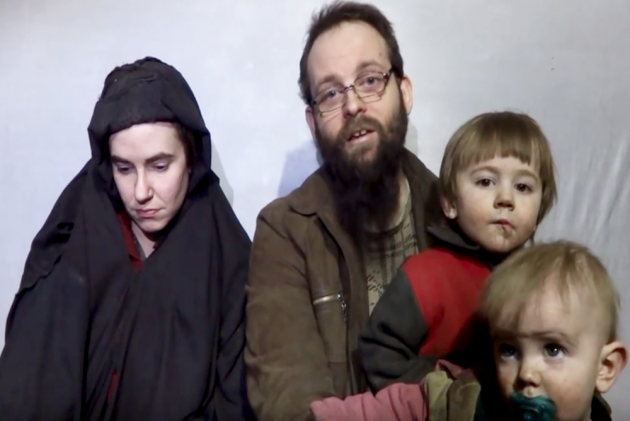 Five Western hostages, including three children, were recovered from terrorists with ties to the Afghan Taliban in an operation based on intelligence shared by the US after five years of their abduction, the Pakistan Army said on Thursday.

They were captured by terrorists from Afghanistan in 2012 and kept as hostages there.

"Pakistan Army and ISI recovered 5 Western hostages including 1 Canadian, his US National wife and their three children from terrorist custody through an intelligence based operation by Pakistan troops and intelligence agencies," the Army said in a statement.

It said the US intelligence agencies had been tracking the hostages and shared their location when they were shifted to Pakistan through border of Kurram tribal district yesterday.

The operation by Pakistani forces, based on actionable intelligence from US authorities, was successful and all hostages were recovered safe and sound and are being repatriated to the country of their origin, it added.

The success underscores the importance of timely intelligence sharing and Pakistan's continued commitment towards fighting this menace through cooperation between two forces against a common enemy, it said.

The Army did not share the identities of the recovered hostages but they are believed to be Joshua Boyle and Caitlan Coleman, who was pregnant at the time of abduction.