'Pakistanis Are Great Partners,' Says US After Rescue Of US-Canadian Family From Taliban-Linked Group 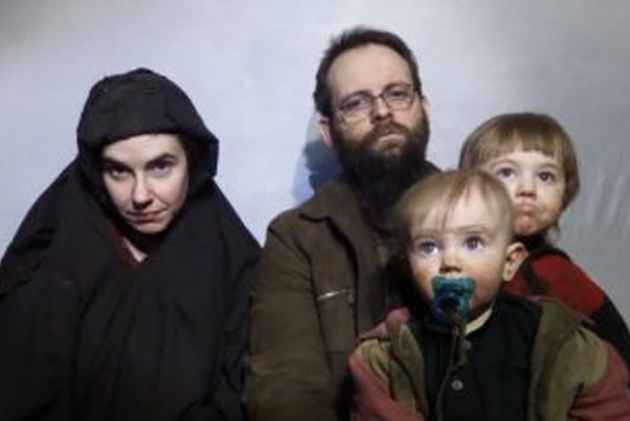 Securing the release of an American-Canadian family from an Afghan Taliban-linked group would hopefully change the cooperative relationship between the United States and Pakistan, the White House said today.

"Let me just say, the Pakistanis -- they're great partners in this regard. They are. I think there's been a change. Hopefully, there will be a change in the cooperative relationship between the United States and Pakistan," White House Chief of Staff, John Kelly, told reporters at a news conference here.

He was responding to a question on the release of Caitlan Coleman, an American citizen, and her husband, Joshua Boyle, a Canadian citizen, along with their three children, from the Haqqani network abductors.

The couple was kidnapped in 2012, in Afghanistan, while on a backpacking trip. Their three children were born while the pair was in captivity.

The hostages were recovered yesterday after an operation by Pakistani forces based on actionable intelligence from the US authorities.

"The good news is the Pakistan officials got custody of the American citizens, took them into custody, (and) held them for us," said Kelly.

He said the US administration had made arrangements for the family's immediate return to either the US or Canada.

"We have also arranged for their medical treatment along the way. A lot of this, of course, would be psychological treatment," said Kelly.

"They've been essentially living in a hole for five years," he said.

"We are tremendously happy to have these folks returning, coming home. This could not have happened without the assistance of Pakistan. We are very pleased with the government of Pakistan's response," she said.

Heather said although the relationship between the two nations had its challenges, the latest development was a "start" in the right direction.

"That relationship isn't going to just turn around overnight, but this is a terrific step in the right direction," she said.

Congressman Scott Perry applauded the efforts by the Trump administration in securing the family's release.

"Today, we celebrate the safe return of Caitlan and her family and look forward to their swift return to the United States," said Perry.

"I speak with Caitlan's parents regularly, and haven't stopped praying since our first meeting for a positive end to this nightmare," he said.

Colin Cookman, who coordinates research work on South Asia at the US Institute of Peace, said the release of the family was a case of close operational cooperation between the two nations.

"The release of this family is something the US has been seeking for a long time. It might provide a short-term opening for more constructive engagement," he said.