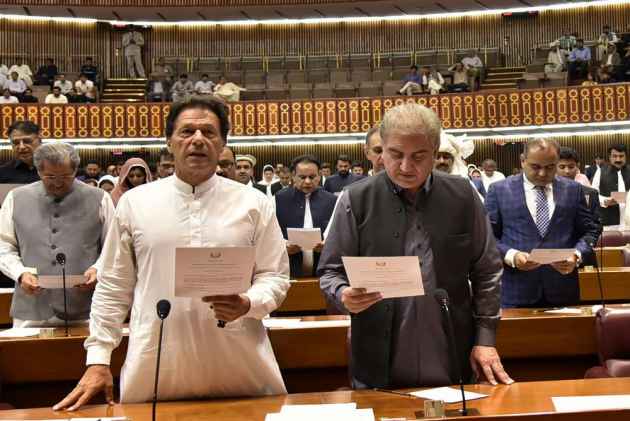 Pakistan's newly-elected National Assembly (NA), the lower house of the country's Parliament, will vote for the new Prime Minister of Pakistan on Friday.

The PTI had emerged as the single largest party in the general elections on July 25 with 116 seats. The party has 158 members in the NA after the Election Commission of Pakistan (ECP) issued notifications of the successful candidates on the reserved seats for women and the minority community on August 11.

The Khan-led party reached the current figure after nine independent candidates joined and secured 33 seats reserved for the minorities and women.

For any candidate to become the next Prime Minister of Pakistan, a simple majority of votes from the total strength of the 330-member house is required.

Currently, the PTI has the support of 175 lawmakers, which also includes the backing of smaller and regional political parties of Pakistan. These parties are expected to vote for Khan, thereby paving the way for him to become the 22nd Prime Minister of Pakistan, the report said.

The PML-N and the Pakistan People's Party (PPP) have 81 and 54 members respectively.

However, Sharif's bid to become the next Pakistan's Prime Minister hit a roadblock after the PPP withdrew support saying that it would not vote for him in the elections.

Also, it is to be seen whether other parties such as Muttahida Majlis-e-Amal and Awami National Party (ANP) would vote for the PML-N president. However, the Jamaat-e-Islami, which is a part of the MMA said that it would not be participating in the voting.

Meanwhile, PPP leader Khursheed Shah told media that the party had informed the PML-N of its reservations about Sharif being the prime ministerial candidate. He warned to the PML-N that if the latter did not change its premier's candidate, the PPP would decide a future course of action.

As per sources, PPP chairman Bilawal Bhutto and his father and former Pakistan President Asif Ali Zardari said that the party would neither extend support to Khan nor to Sharif in the election.