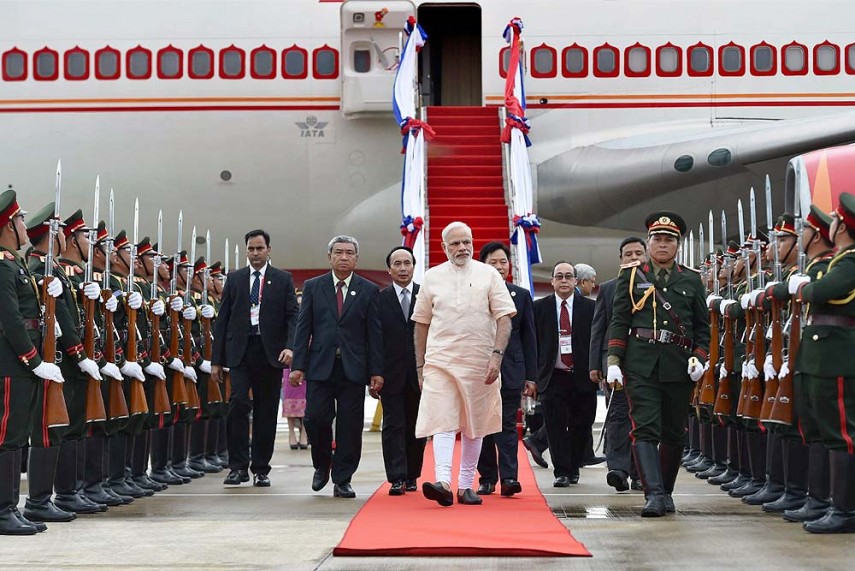 Pursuing with the strategy of de-hyphenating relations with respect to Israel and Palestine, Modi would be visiting Ramallah, the seat of Palestinian Authority power in the West Bank, skipping Israel, on February 10 during his three-nation trip covering Palestine, UAE and Oman.

"It is a historic visit. An important visit that we are hopeful would further strengthen our bilateral relations," Dr. Majdi Khaldi, diplomatic adviser to Palestinian President Mahmoud Abbas, told PTI over the phone from Amman, Jordan.

"Traditionally, we have enjoyed very strong political support from India but we look forward to strengthening our economic ties as well when Prime Minister Modi visits Ramallah," he added.

"India is one of the strongest economic power today. It is a rising economic superpower that everybody is looking to engage with. We are also hopeful of strengthening economic ties with India beyond the existing excellent ties," he added.

The Palestinian president's close aide, on his way to meet Jordanian King Abdullah II who would be visiting India in the near future, also appreciated India's unflinching support to the Palestinian cause.

"India has supported the Palestinian cause all along. We are thankful to the Indian leadership for their consistent and unflinching support to our just cause at all the international forums, including the latest support they extended at the UN General Assembly," Khaldi said.

Last month, India joined 127 other countries to vote in the United Nations General Assembly in favour of a resolution opposing the decision of US President Donald Trump to recognise Jerusalem as Israel's capital.

India did not speak on the floor of the Assembly in New York, but after Trump recognised the holy city of Jerusalem as the capital of Israel, it had said that its Palestine position was independent and consistent.

India believes in a two-state solution in which both Israel and a future Palestinian state coexist peacefully.

The two-state solution envisions independent Israeli and Palestinian states coexisting side by side peacefully. The Palestinians see east Jerusalem as their future capital.

It will be the first visit by an Indian prime minister to Palestine. Former president Pranab Mukherjee had visited Ramallah in 2015 during his trip to the region covering Jordan, Palestine and Israel.