Palestine Recalls Envoy To Pak Over Meeting With Hafiz Saeed

The Palestinian side has conveyed deep regrets over the incident and assured the Government of India that they are taking serious cognizance of their Ambassador's presence at this event, it added. 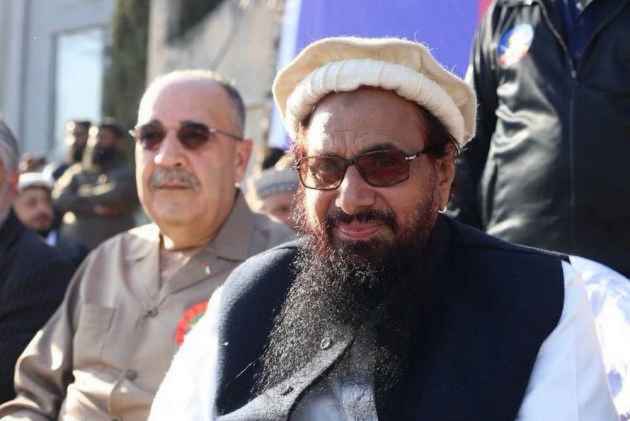 After strong rebuke by India, Palestine has decided to recall its Ambassador to Pakistan, Walid Abu Ali, for sharing stage with Hafiz Saeed.

Asserting that Ali's action was not "acceptable" given the close and friendly ties between India and Palestine, Palestinian envoy to India Adnan Abu Al Haija told PTI that Ali has been given couple of days to pack and return from Islamabad.

"The Palestine government has told Ali that he was not anymore its envoy to Pakistan," Haija said.

"Our Ambassador doesn't know this person.When he starts speaking, he asks who is this person? Our Ambassador's speech was after him, he made his speech and left. For us, even with that, it is not accepted and a decision has been taken, " he further added.

Haija also stressed on the relations of India with Palestine, adding that Prime Minister Narendra Modi is a "great guest" of theirs.

"Mr. Modi is a great guest to Palestine, we welcome him there. I hope soon he will visit Palestine, waiting for his visit," he said.

The Government of India had strongly conveyed to the Palestinian side that the Palestinian Ambassador in Pakistan's association with terrorist Hafiz Saeed, who is proscribed by the United Nations, at an event in Rawalpindi on 29.12.2017, is unacceptable, the Ministry of External Affairs has said.

The Palestinian side has conveyed deep regrets over the incident and assured the Government of India that they are taking serious cognizance of their Ambassador's presence at this event, it added.

They have said they will deal with this matter appropriately. It was also conveyed that Palestine highly values its relationship with India and stands with us in war against terrorism and will not engage with those who commit acts of terror against India, it further said.

India had reacted sharply on Friday after the picture of Palestinian Ambassador to Pakistan attending a rally organised by JuD chief and mastermind of Mumbai terror attack Hafiz Saeed surfaced.

Expressing rage over the photographs, India is issuing a strongly worded demarche to the Palestine government.

A photograph of Palestine's Pakistan envoy Waleed Abu Ali sharing a platform with JuD chief at a rally in Rawalpindi is doing the rounds on the social media.

Saeed is designated as a global terrorist by the UN and is accused as the mastermind of the Mumbai 26/11 attacks that claimed 166 lives.

The global terrorist carries a bounty of 10 million USD (approx. Rs 66 crore) and continues to exercise a lot of influence in religious circles.

He has recently been released from house arrest after a Pakistani court cited lack of evidence against him in Mumbai attack case.

India has protested against Pakistan time and again for 'harbouring a terrorist' like Saeed.(Inputs from agencies)