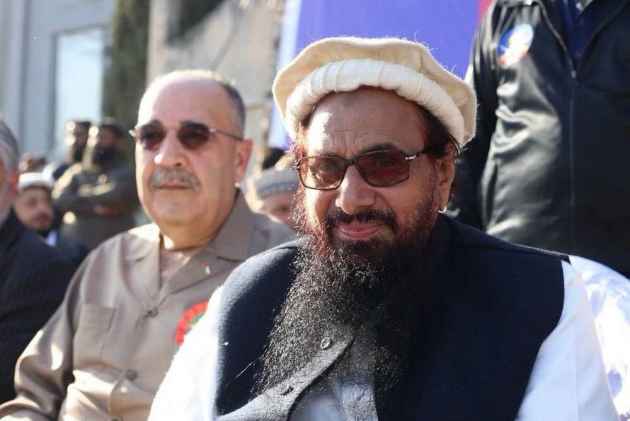 India will strongly take up with Palestine the issue of its ambassador in Pakistan attending a rally organised by Jamaat-ud-Dawa (JuD) chief and 26/11 Mumbai terror attack mastermind Hafiz Saeed.

He was reacting to a query on reports and photographs of the Palestinian ambassador participating in the rally.

According to reports, Palestinian ambassador in Islamabad Walid Abu Ali attended a large rally organised by the Difa-e-Pakistan Council in Rawalpindi, Pakistan this morning.

Difa-e-Pakistan (Defence of Pakistan) Council (DPC) is an alliance of Islamist groups in Pakistan, including Saeed's outfit.