The cases were registered weeks after the Supreme Court disqualified Sharif as prime minister on July 28 in the Panama Papers scandal. 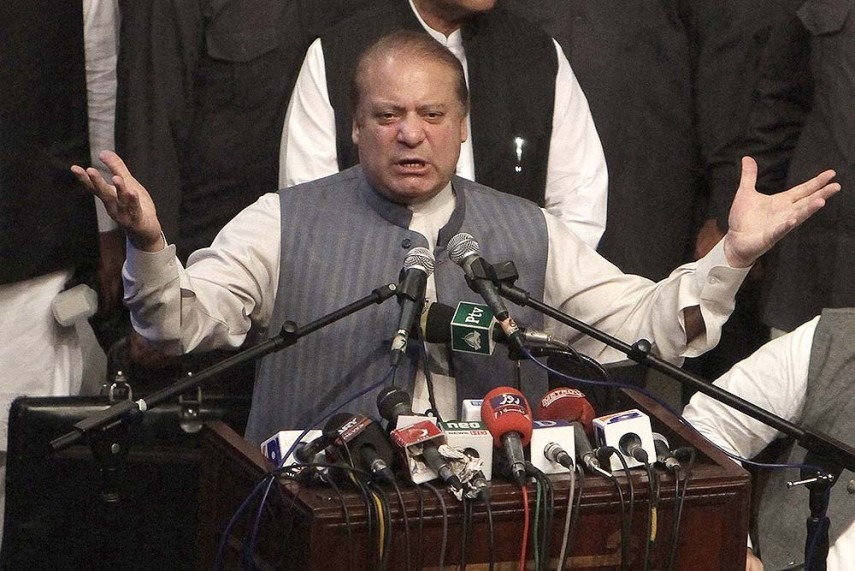 An anti-corruption court today adjourned the indictment of Pakistan's ousted prime minister Nawaz Sharif, his daughter and son-in-law in the Panama Papers case till October 19 after lawyers created chaos in the court.

The National Accountability Bureau (NAB) had registered three cases of corruption and money laundering against 67- year-old Sharif, his family members and Finance Minister Ishaq Dar in the Islamabad Accountability Court.

The cases were registered weeks after the Supreme Court disqualified Sharif as prime minister on July 28 in the Panama Papers scandal.

As the court was about to begin the proceedings, lawyers started protesting in the courtroom of Judge Muhammad Bashir against security arrangements which had "restricted their movement in the court premises".

The lawyers threatened to hold up the hearing until action was taken against the police officers that had allegedly manhandled them outside the court.

As a result of the ruckus, Judge Bashir left the courtroom and later announced the postponement of the hearing till October 19.

Sharif again failed to appear before the judge as he was in London where he is busy looking after his ill wife Kulsoom.

A senior leader of the ruling Pakistan Muslim League- Nawaz (PML-N) said Sharif had nominated a representative to appear before the court to face the indictment and deny the charges.

Maryam, while interacting with reporters, expressed concern over the unnecessary hurdles created for lawyers and asked the interior ministry to probe the incident.

"I don't know who created the problems for the lawyers. It should have been avoided," she said.

TV footages showed that Maryam and Safdar were present inside the court when lawyers created ruckus. They had also attended the previous hearing.

During the hearing on October 9, the court had decided to separate the trial of Sharif's sons - Hussain and Hassan - from Sharif, his daughter and son-in-law.

It had also ordered to start the process of declaring Sharif's sons proclaimed offender for failing to appear before the court.

Sharif's wife Kulsoom, who is suffering from throat cancer, has undergone three surgeries in the UK so far.

The anti-graft body NAB had frozen the bank accounts and seized properties of Sharif and his family members to put pressure on them to appear before the court.

Sharif had failed to appear on Monday before the court as he was in London with Kulsoom.

The court had set October 13 as the date of his indictment.

Sharif's family has alleged that the cases are politically motivated. He may be jailed after the indictment.

He had to step down as prime minister and president of the PML-N party after being disqualified by the Supreme Court.

Sharif was re-elected as the president of the ruling Pakistan Muslim League-Nawaz on October 3 and immediately demanded that those who disqualified him should respect the people's mandate and democracy.