More than 700 Indian politicians, actors, sports stars and other celebs are linked to such offshore companies or trusts. The Income Tax Department and other probe agencies have announced multiple investigations following such revelations. Here’s a look at the top 10 names which propped up in such investigations over the years. 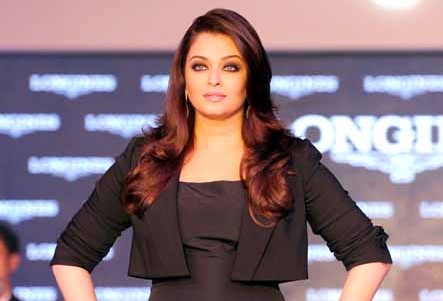 From the HSBC List to the Pandora's Papers, several exposes have been made to unravel the global murky links between the wealthy and firms who manage their wealth, allegedly illegally. These lists have been published following investigations spearheaded by the International Consortium of Investigative Journalists (ICIJ) in association with journalists around the world. More than 700 Indian politicians, actors, sports stars and other celebs are linked to such offshore companies or trusts. The Income Tax Department and other probe agencies have announced multiple investigations following such revelations.
Here’s a look at the top 10 names which propped up in such investigations over the years:

The actress along with her brother and parents were listed as directors of Amic Partners Limited. The company was eventually dissolved in 2008. Prior to which, her position was altered to being a shareholder of the company. Her involvement was revealed in the Panama Papers leak.

The actor has been named as director in one company in the British Virginia Islands and three in the Bahamas. The authorised capital of these companies set up in 1993 ranged between just $5000 to $50000 but they traded in ships that were worth millions of dollars. His name propped up in the Panama Papers leak.

DLF promoter's name too propped up in the Panama Papers leak. He along with his wife were revealed to have acquired a company in the British Virginia Islands. Two more companies were allegedly set up by his son and daughter. The family's three offshore entities collectively held more than $10 million.

His name featured in Panama Papers leak. The original shareholder of Marylebone Entertainment Ltd in the British Virginia Islands as on October 29, 2013 was London-based Hassan N Sayani. Devgn allegedly bought the entire shareholding the same day. Devgn later told an Indian publication that the company was set up in accordance with RBI guidelines.

Businessman Gautam Adani's brother Vinod Adani is listed in the Pandora Papers investigation. He has claimed that the company had been closed. Records stated that Adani had set up Hibiscus RE Holding in the British Virginia Islands in 2018. The Cyprus national residing in Dubai is shown as the sole shareholder of this offshore firm with 50,000 shares since May 2018.

The Kolkata-based businessman's name figured in the Panama Papers leak. It stated that on March 23, 2016 First Names Group, an Isle of Man entity had set up Haptic Ltd in British Virginia Islands with help from law firm Mossack Fonseca. He told Indian Express in 2016, that though he was a client of First Names, he did not hold any beneficial ownership of Haptic.

He was the president of Lok Satta Party's Delhi Wing until he was expelled in 2014. His expulsion followed an undercover exposé offering him political access, influence and privileges to outside interests. As per ICIJ, the politician had set up an iron ore company in the British Virginia Islands (BVI). In 2008 and 2010, the companies’s were restructured to established two foundations in Panama. The Nedstar Foundation, owns Nedstar Commercial Ltd. and Newington Group Trading Ltd., both based in the BVI.

Ex-BJP MP Ravindra Kishore Sinha's name appeared in the Paradise Papers leak. According to research, Sinha was a minority shareholder and director of SIS Asia Pacific Holdings registered in Malta in 2008. His wife too is listed as a director. As per the investigation, the registered entity in Malta is a subsidiary of the Security and Intelligence Services, India's second-largest security provider. Sinha is the founder of the security company. The prospectus of the Indian parent company further states that Sinha’s share in the Malta subsidiary is owned by a holding company in the British Virgin Islands.

The now grounded Jet Airways' ex-chairman Naresh Goyal’s name was in the HSBC list while his associate, Dubai-based businessman Hasmukh Gardi featured in the Panama Papers. The latter was an investor in Goyal's Isle of Man-based Tailwinds Corporation. The entity was formed in 1992 and controlled all financial activities of Jet Airways. Gardi's name was in the Panama Papers allegedly for holding fraudulent companies and for the source of the money invested in Goyal's Tail Winds.

BJP MP Jayant Sinha's name is in the Paradise Papers. Investigations by ICIJ reveal irregularities in his association with Omidyar Network.