The single- member, Justice Chandiwal (retired) Commission was formed in March this year to probe the allegations of corruption levelled against NCP leader Anil Deshmukh by Param Bir Singh. 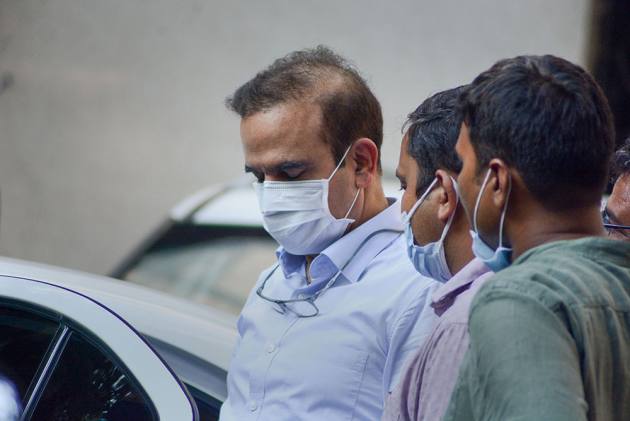 Taking note of Singh's application, the Justice K U Chandiwal Commission cancelled the bailable warrant issued earlier against the former Mumbai police commissioner. The panel directed Singh to deposit Rs 15,000 in the chief minister's relief fund. Singh also filed an affidavit through his lawyers Asif Lampwala and Ankul Seth before the single-member commission reiterating that he had nothing to depose and didn't want to be crossed-examined by the probe panel.

Earlier in the day, Singh appeared before the panel which had issued multiple summonses against him seeking his appearance. In his application for the cancellation of the warrant, Singh stated that ill health and other illness prevented him from appearing physically before the commission earlier.

Based on the protection (from arrest) extended by the Supreme Court on November 27, Singh has caused to ensure his presence before the commission also, the application said. Considering the reason assigned above (referring to Singh's application) the bailable warrant is cancelled on Singh depositing Rs 15,000 in the chief minister's relief fund, the commission said.In his previous affidavit too, Singh had told the commission that he had no further evidence to share other than the information mentioned in the letter addressed to Chief Minister Uddhav Thackeray in March this year.

In a related development, Anil Deshmukh's lawyer objected to the commission over Singh and dismissed police officer Sachin Waze sitting together in another room in the commission's premises. Waze has been appearing before the commission for his cross-examination in connection with the case.

"Singh and the witness (Waze) are sitting together for the last one hour. He (Singh) might influence the witness," Deshmukh's lawyer said. Justice Chandiwal (retired) initially said "how can it be stopped?" He later told Waze that "it's better to sit in this room" (where the commission's proceeding was taking place) to avoid such a situation. Waze was arrested in the case of an explosives-laden SUV found near industrialist Mukesh Ambani's residence 'Antilia' in south Mumbai earlier this year and the subsequent suspicious death of businessman Mansukh Hiran.

Singh, who was transferred from the post of Mumbai police commissioner in March in the aftermath of the Antilia bomb scare episode, had alleged that Deshmukh asked police officers to collect Rs 100 crore a month from bars and restaurants in the city.

The panel had earlier fined Singh on multiple occasions for failing to appear before it and also issued a bailable warrant against him. Declared absconding by a court here in an extortion case, Singh surfaced in public last Thursday after six months and appeared before the Mumbai crime branch to record his statement. The Supreme Court has granted him temporary protection from arrest.

Singh appeared before Thane police on Friday in connection with an extortion case filed against him and some other police officials on the complaint of a local builder. The IPS officer is facing at least five extortion cases in Maharashtra.