Bengali actor Paran Bandhopadhyay has suddenly become a nationwide name thanks to ‘Bob Biswas’. He speaks up about Bengali cinema and how he brought Kali Da to life in ‘Bob Biswas’. 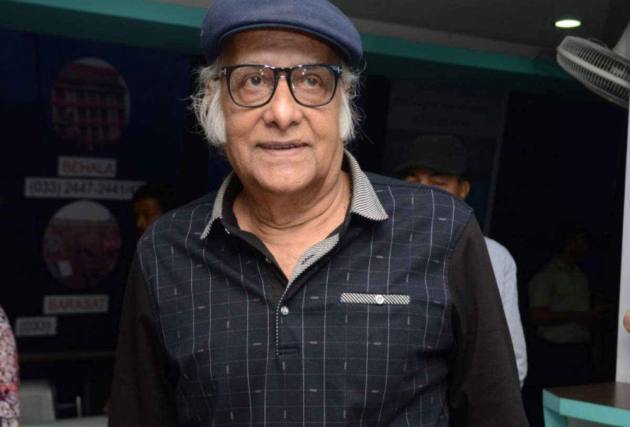 Actor Paran Bandhopadhyay speaks up about the popularity of his latest character Kali Da from ‘Bob Biswas’ which has attained the kind of cult status which the character of ‘Bob Biswas’ got in the movie ‘Kahaani’. The 81-year old actor speaks to Outlook about how the role of Kali Da came about, how he has been received immense appreciation for the character and how he has never had any regrets in his almost 50-year old career. Excerpts from the candid chat:

Who approached you for the character of Kali Da?

This was going to be in Hindi and not your native tongue Bengali. Were there any apprehensions?

There was a character named ‘Bob Biswas’ in the movie ‘Kahaani’, this story is all about his life. The character of ‘Bob Biswas’ used to stay in North Kolkata. I am very familiar with the language and the way of living of the people of North Kolkata, so there was no issue from that point of view but when I was told that I had to deliver the dialogues in Hindi, it got a bit tricky for me because a Bengali speaking Hindi, it sounds quite funny. So I just needed some time to prepare the dialect, that’s all. Rest I was confident I would manage the performance.

When you read the script of ‘Bob Biswas’, did you think that such a small character like Kali Da would receive such huge popularity?

When I got the script, I transformed the script in my own way. I have grown quite old and I have the experience of acting for all these years and I very well know how to handle characters like this so it was not an issue for me. It has been a great opportunity for me that I got a chance to act a character like this. When you are to play a role, I feel an actor has to dive deep into that character and analyse the character well enough to be that character. Even the character that I played in ‘Royal Bengal Tiger’ is a very small role and has taken very less screen time but the impact of the character was great. I think it is all because of the bag-full of experience that I have. When Sujoy described the character of Kali Da to me, I was relieved and I knew that I could enact the character well.

You started in films after the age of 60. Over the years, do you have any regrets, like I wish I had started when I was in my 20’s?

No, not at all. Even now I never think of something like that. I feel that I am not supposed to know what or who I will be in future because if I knew it then it would not have happened. I am just another traveller in the path of life. I believe in moving ahead with life and grasping all the opportunities that life gives me. So, I never regretted anything and I never will.

Has OTT changed the game for character artistes like you, as you get to play so many different characters now?

I feel that there are good and bad times all mixed in and given to us in the bowl of life and we have to and we should accept it as gracefully as a gift of life. I would say there are pro’s and con’s to these OTT platforms and we have to accept them and use good things for our benefit, leaving aside the bad things and moving ahead in life. I think that past is not meant to be thought of anymore, and it is all about the present and how you do and take things in the present that decide what dreams you see for yourself in future.

At one point Bengali cinema was watched all over India, but now it is not getting that pan-India popularity. What do you think is the reason?

I feel that the Bengali culture is full of great content and these contents are capable of making extraordinary movies and shows. But unfortunately, today we are not paying attention to our own rich content and trying to copy the content of others. However, I feel we do have potential. I agree that our Bengali film industry is financially weak but I don’t think that it is that big a setback. If we distance ourselves from our history and culture, then it is our loss. Unfortunately, some unwanted stuff has entered the movies and shows which is sad because of which the Bengali essence is lost. If it can be brought back again, then it can create many beautiful and precious thought processes in the minds of the people.