A follower, who agreed with Rawal's proposal, also proposed senior journalist Sagarika Ghose to be tried as the same. 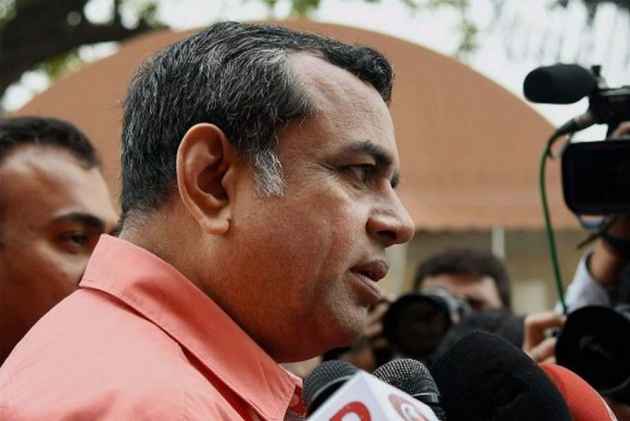 Bollywood actor and Parliamentarian Paresh Rawal has tweeted that writer-author Arundhati Roy should be used as human-shield in the Kashmir valley instead of stone-pelters.

Instead of tying stone pelter on the army jeep tie Arundhati Roy !

Booker Prize winner Roy’s causes have all landed her in conflict with the Hindu Right that freely bandies the phrase ‘anti-national’.

In a tweet that instantly attracted a series of crticism as well as support, the Padmashree winning-actor made an open attack on Roy who has, on various ocassions, spoken against the human rights violation in Kashmir.

A follower, who agreed with Rawal's proposal, also proposed senior journalist Sagarika Ghose to be tried as the same.

We have a wide variety of choices ! https://t.co/rpciWyhLha

His tweet has, since then, attracted a lot of backlash.

@SirPareshRawal Am deeply moved by your empathy that brings every character to life in movies. But I'm shocked by your ability to be so violent with words!

@SirPareshRawal And you should go to Jail for saying this. This is violence against women! And cyber crime. It should be reported at the police station.

@SirPareshRawal Your acting was often commendable but your prejudiced mindset is condemnable. Telling d army to hide behind a brave woman is shameful

Earlier, in April a video of a man tied to an army jeep had surfaced in Kashmir. The jeep was reportedly  being driven  as part of a convoy by the security forces in Gundipora, Beerwah.

The 66-year-old actor has previously also manifested his jingoistic views on public forum.

Terrorist have claimed one more life ... of solidarity of Indian film industry !

Pak artist got their money n travelled club class n safely went back home ... N we punish our own prodcers for no fault of theirs .Think ?

During the bitter spat between the Pakistani artistes issue last year, he said: Terrorists have claimed one more life... Of solidarity of Indian film industry."