" If this kind of things can be done, then how India can be a federal state?" 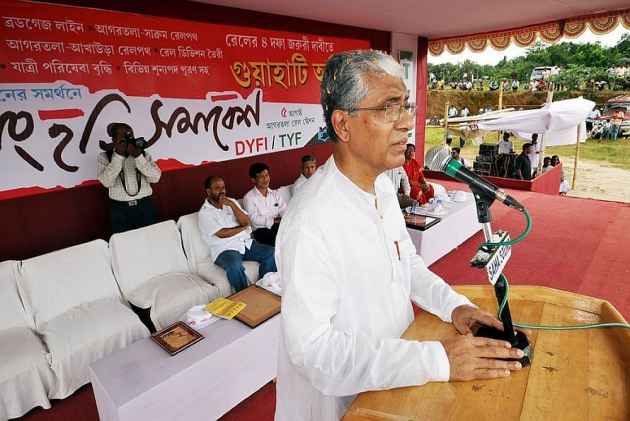 "If the chief minister says anything, it cannot be censored. It should be answerable to the Parliament and Assembly. We oppose it. If this kind of things can be done, then how India can be a federal state?" Kar told ANI.

The Chief Minister on Tuesday alleged that Doordarshan and All India Radio refused to broadcast his customary Independence Day speech and asked him to rewrite and rerecord it.

The public broadcasters did not air Sarkar's speech which was scheduled to be aired at 6.30 am on Tuesday.

As per the media reports, the Chief Minister's Office was informed via a letter that his speech would not be broadcast unless he "reshaped it".

"This is a gross infringement on the right of a Chief Minister to address the people of his state on Independence Day. This act is a reminiscent of the Emergency days and goes beyond as it seeks to gag the elected Chief Minister of a state. The Central Government is trampling upon the autonomy of Doordarshan/AIR and Prasar Bharati by such acts of censorship," the statement read.

The CPM also demanded an action against "those responsible for prohibiting the broadcast," adding, "the Modi Government should stop treating the Prasar Bharati as a department of the Ministry of Information and Broadcasting."

The party also tweeted the text of Manik Sarkar's Independence Day speech on their Twitter handle, adding, "Text of Tripura CM's Speech which AIR & DD had the audacity to censor. This is an insult 2 People of Tripura & Constitutional Rights of States." (ANI)