There's something about trains in India that seems to dissolve boundaries between people. 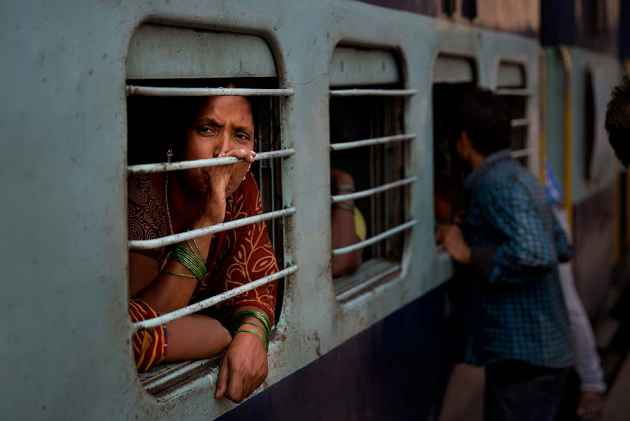 My grandfather always maintained that the best way to broker a lasting peace between India and Pakistan was to shovel all the leaders from both sides on a long distance train together. He was convinced that the shared joys and trials of train travel would achieve a convivial working relationship by journey's end. He's long dead now and travel has changed immeasurably — but the truth is inescapable even today.

There's something about trains in India that seems to dissolve boundaries between people.

Certainly, part of it is to do with the camaraderie victors feel. Having boarded the train means the passengers have already been assaulted by and triumphed over (in turn): the IRCTC servers when the tickets were booked, honking auto rickshaws disgorging aunties outside the station, coolies circling and baying like hyenas at the platform and a million harried parents dragging along their own body weight in luggage with one arm, while steering a brace of squawking kids on the other. So settling into one's seat and looking around, everyone is allowed a tiny smirk of victory and relief — a bond of sorts with one's fellow travellers.

Using any public transport means that some sharing is inevitable — a shared continuum of space and oxygen and shared knowledge of the collective clenching of bathroom muscles has been known to forge some sort of alliance over all journeys. However, trains go beyond this passive kinship into deeper territory.

It's only on trains for instance, that the default setting for seats is facing one another, which makes some amount of contact with the other travellers inevitable. The "settling in" that is essential to a train journey — delicate negotiations on whose suitcases can be shovelled under which berth, tentative questions on one's destination and a certain housekeeper-ish jostling while making up the beds — all further this interaction.

To cement the burgeoning relationship, the engagement ring of "seat adjustment" is always produced before the train has left the platform. Someone, somewhere, always needs a berth, a lower berth, a berth with the family, or simply a place to park their grandmothers. There's good natured grumbling, but the larger spirit of accommodation and "do unto others" always prevails.

After all, seat adjustment exists only to prove two facts

If during the course of this settling in and seat adjustment you haven't learnt some weird and unexpected facts about your co travellers, there's always the bathroom icebreaker. When a loo break is needed, someone is needed to babysit one's luggage and/ or children — and who better to be suitable moral guardians of one's worldly and genetic treasures than one's co-passengers? And while luggage fortunately cannot speak, the same cannot be said for kids who have no such qualms. By the time the loo break is over, the little darlings have effected an icebreaker of global warming proportions and any pretence of aloofness can be safely abandoned. (By this stage in the journey, in any case, a certain informality between the passengers prevails — as a rule, it's hard to project any sort of face when one's posterior is hanging, suspended between the lower and upper berth, and miraculous upper arm strength is required to haul it to either realm.)

As if any further social glue was needed — of course, there's the food. Aboard a train, food is not just sustenance or entertainment — it's a social magnet. Even though food on trains has changed drastically from the time my grandfather envisioned Ayub Khan and Jawahar Lal Nehru tucking into steaming Bedmi aloos at Allahabad station — its miraculous conviviality- granting properties have remained exactly the same.

So a posse of pilgrimage- bound ladies opening up a giant aluminium tiffin carrier of theplas and other nashta can make immediate conversation with its dispensers a medical necessity. Parting with a few nuggets about oneself in exchange for a bite or two of a foil wrapped paratha and aloo with a glorious oily wodge of spicy achaar seems only fair.

The truth is that food on trains belongs to everyone. Talking with its owners is simply the price one has to pay for access to it. So, over conversation, food is offered, shared, bought and recommended. Whether its brought from home, bought from the platform or just served aboard a Shatabdi (where Indian Railways is running a clinical trial as to how much food can be pumped into a human body before it explodes) — it makes people talk and connect. No airline meal ever does that.

So the next time, you find yourself at the start of a train journey, plugging in your earphones and using your devices and books as a moat between yourself and the other passengers — give up. Turn to the person opposite you and short circuit the whole seat adjustment, food and loo social catalyst thingummy and ask him to tell you some random and weird things about himself. You're going to get to know them anyway — so why not be efficient about it?