SC Allows Individual To Draft 'Living Will' For Euthanasia

Right to die with dignity is a fundamental right, the apex court bench maintained. 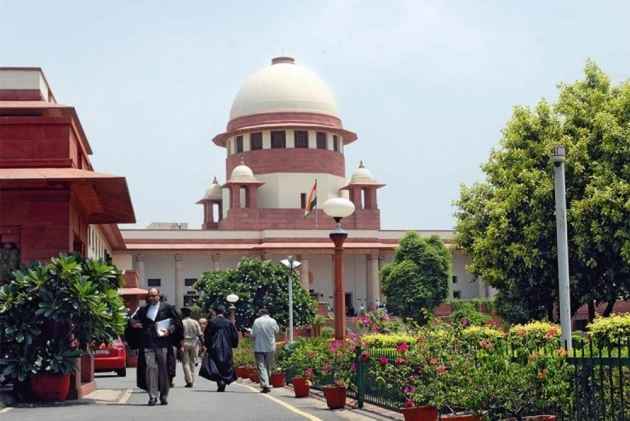 The Supreme Court has allowed the recognition of  'living will' drafted by a terminally ill patient seeking passive euthanasia.

A five-judge constitution bench headed by Chief Justice of India (CJI) Dipak Misra said passive euthanasia and advance living will are "permissible". Human beings 'have the right to die with dignity', the court said.

Passive euthanasia is a condition where there is withdrawal of medical treatment with the deliberate intention to hasten the death of a terminally-ill patient.  It is legal in India unlike the controversial active Euthanasia, which entails use of lethal substances to either voluntarlity or involuntarily end a life.

The top court said 'living will' will be permitted but with the permission from family members of the person who sought passive Euthanasia and also a team of expert doctors who say that the person's revival is practically impossible.

Living will is a written document that allows a patient to give explicit instructions in advance about the medical treatment to be administered when he or she is terminally ill or no longer able to express informed consent.

The five-judge bench said it has laid down guidelines on who would execute the will and how nod for passive euthanasia would be granted by the medical board. Its guidelines and directives shall remain in force till a legislation is brought to deal with the issue.

The apex court said that advance directives for terminally-ill patients could be issued and executed by the next friend and relatives of such person after which a medical board would consider it.

The CJI, while reading out the judgment, said that though there were four separate opinions of the bench but all the judges were unanimous that the 'living will' should be permitted since a person cannot be allowed to continue suffering in a comatose state when he or she doesn't wish to live.

Article 21 provides that "no person shall be deprived of his life or personal liberty except according to procedure established by law."

The top court had in 2011 recognised passive euthanasia in Aruna Shanbaug's case by which it had permitted withdrawal of life-sustaining treatment from patients not in a position to make an informed decision.

The Centre had opposed recognition of 'living will' and said the consent for removal of artificial support system given by a patient may not be an informed one and without being aware of medical advancements.

It had cited examples of various countries in disallowing creation of living will by patients.

Advocate Prashant Bhushan, appearing for petitioner NGO Common Cause, had argued that safeguards were needed while taking a decision by medical boards to withdraw life support of a patient.

The bench was hearing the PIL filed in 2005 by the NGO, which said when a medical expert is of the opinion that a person afflicted with a terminal disease has reached a point of no return, he should be given the right to refuse life support.

On January, 15, 2016, the Centre had said the 241st report of the Law Commission stated that passive euthanasia should be allowed with certain safeguards and there was also a proposed law --Medical Treatment of Terminally Ill Patient (Protection of Patients and Medical Practitioners) Bill, 2006.

It had said that on specific occasions, the question of withdrawing supporting devices to sustain cardio-pulmonary function even after brain death, shall be decided only by a doctors' team and not by the treating physician alone.