History is witness to the reality that the fear of the Shiv Sena went away after Uddhav Thackeray took over as the chief. Many say that his moderate outlook has defanged the Shiv Sena and turned the roar into a meow. 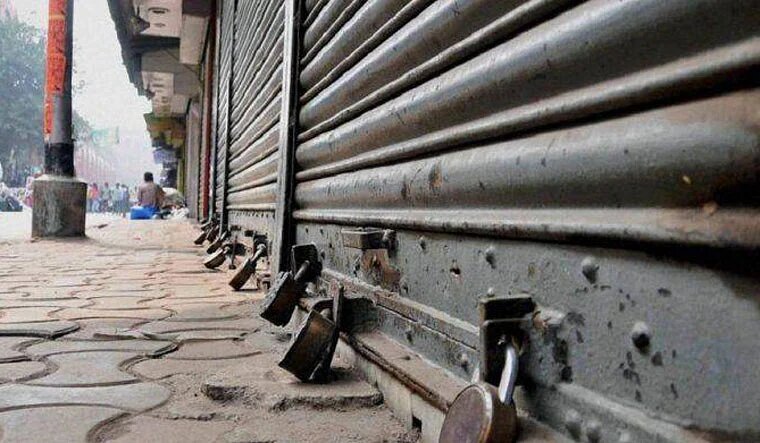 Have Mumbaikars become immune to bandh calls by political parties? This seems to be a reality, politicians are unwilling to acknowledge. While in a distant past, Mumbaikars sat at home fearing the violence that accompanied bandh calls, the city’s working population is no longer afraid.

The bustling city of Mumbai went by the belief that life would come to a standstill if the Shiv Sena had issued a bandh call. This belief was neither stemmed from any ideological alignment with the party nor from any affection for the Shiv Sena. It was purely out of the dread of violence that Mumbaikars had stayed at home.

However, over the years Mumbaikars seem to have overcome their fear of violent bandhs. Despite the inconveniences they venture out and make valiant attempts to reach their work places. History is witness to the reality that the fear of the Shiv Sena went away after Uddhav Thackeray took over as the chief. Many say that his moderate outlook has defanged the Shiv Sena and turned the roar into a meow. This is far different from the times when the founder of the Shiv Sena Bal Thackeray gave a bandh call. Those days Mumbai stood still.

Not anymore. In fact, in July 2004, after the Shiv Sena and the BJP were fined Rs 20 lakh each by the Bombay High Court as compensation for causing public losses due to the city bandh called by them on July 30, 2003, the bandh mania has faded from their radars. Both the Congress and the Nationalist Congress Party (NCP) too are not enthusiastic participants to bandhs.

Recently, on October 11, the constituents of the MVA Government in Maharashtra – Shiv Sena, Congress Party and the NCP – did give a bandh call in protest against the Lakhimpur Kheri violence against the farmers, but it was not much of a success. “After the lockdown it has become an existential issue for us. We were forced to shut down shops by some hooligans. But I opened my shop after the hooligans went away,” narrated a shopkeeper.

Uddhav’s cousin Raj Thackeray – the chief of the Maharashtra Navnirman Sena (MNS) – too is confined to sporadic outburst after longs periods of silence. On its own the MNS has yet to give a band call and like his uncle Bal Thackeray, the MNS chief refuses to ride piggy back on bandh calls of other political parties. The MNS is floundering for issues and is not too keen to steer away from its pet issues - North Indians taking away the jobs of the Marathi manoos and the compulsory use of Marathi name plates.

The MNS chief’s quest for a political alliance partner and the rejection of such advances by those he has sent feelers to has blunted his zealousness for bandhs. The BJP’s Devendra Fadnavis, still angry that Uddhav has formed the government without him and is the chief minister, has ensured that his party men hold protests on numerous issues. However, these protests are not bandhs.

In Mumbai, as the political demographics changed, so did the structure of the bandhs. It is now more of a comedy of errors rather than a serious look at issues. Early this year, at a protest call given by the Mumbai Regional Congress Committee, a bullock cart was hired and a stage set up. The mobile stage was pulled by two bullocks. As leaders and party men started climbing on to this makeshift stage, it collapsed bringing down the leaders, party workers and the bullocks. Through the day social media and TV news channels focused on the collapsed stage and the fallen Congress Party leaders. Some even sought comments from animal activists on the cruelty to the bullocks!

During the July 2003 Shiv Sena bandh, this reporter was moving around with the Shiv Sena leaders and party workers as they went about shutting down shops in the Parel, Chinchpokli and Byculla areas in central Mumbai. One of the leaders was hungry and asked some party workers to go and fetch vada-paav from some street vendors. After, a while the party workers came back empty-handed. The angry leader took them to task for not getting the vada-paav. The mortified party men told the leader that they were unable to find a single vendor who had opened his shop. “Arre, we shut them down. Next time don’t shut down the street vada-paav vendors, they are Marathi people. Let them function,” the leader instructed those assembled.
The barometer for measuring the success of Mumbai’s bandhs is the suburban trains. The city’s lifeline is the favourite go-to place when bandhs have to be implemented.Though disruptions are aimed at the peak hour morning travel which spans from 7 a.m. to 9.30 a.m. it is rare to see protestors turn up before 10 a.m. The joke in the city is that the bandh picks up speed only after 10 a.m. as political leaders and their workers are late risers, therefore any interruption to normal life begins then. During Bal Thackeray’s days, when a bandh call was given, it began early morning and ended only around midnight. Not anymore. These days, the bandhs seem to follow office timings – 9 a.m to 5 p.m.

After TV news channels became a hit, bandhs are often seen as TRP getters. Narrating an incident a news reporter from a well-known Hindi news channel highlighted the manner in which the “bandh-walas” can be manipulated. “I was at Dadar station with the camera man. We needed an exclusive shot. I went out of the station and asked someone who was protesting if they could give us an exclusive shot in front of a train. These chaps came into Dadar station and slept on the tracks. Some of them climbed on to the engine and the train driver’s cabin waving flags. Once our shot was done they disbursed,” said the reporter.
The favourite “haunting places” of bandh callers are the suburban train stations of Churchgate, CSTM and Dadar. Since these are the starting and ending points of suburban trains, disruptions here at any time of the day, hugely inconveniences the public.

While the lack of charismatic leaders has been a bane for bandhs, it has proved to be a boon for the city. This is also a reason for bandhs not being a regular feature now.

When political leadership has waned it is the celebrity presence that has provided the much needed impetus to protests. After the November 26, 2008 terror attacks in Mumbai, celebrities stepped out and were present at numerous candlelight vigils across the city. Though lofty promises were made by celebrities with the dimming of the candle lights the promises too were forgotten.

In the future, politicians will be faced with tougher tasks to ensure that bandhs are successful. But given the growing immunity of Mumbaikars to bandhs, getting them to stay indoors will be the toughest task ever.