Addressing a gathering near the temple, Patnaik said the state government is committed to providing better medical care to the public and in this regard, Biju Swasthya Kalyan Yojana (BSKY) Smart Health Card is the best gift for the people of the coastal state. 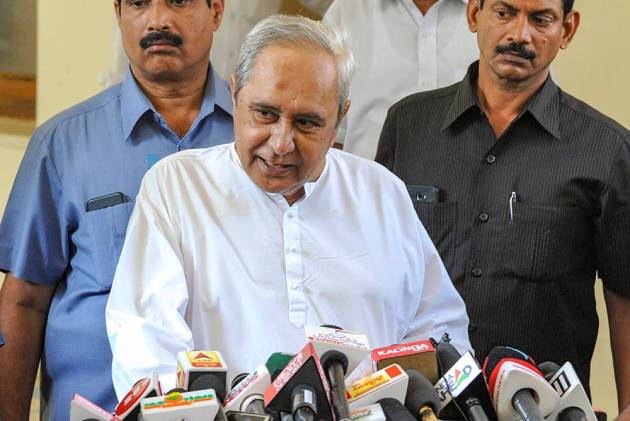 On Sunday, Odisha Chief Minister Naveen Patnaik visited his native Ganjam district with a trip to Maa Tara Tarini temple, followed by programmes such as distribution of smart health cards and inauguration of a bus service to connect major tourist places in the district in one day. Patnaik also inaugurated several projects on infrastructure, education, health, livelihoods, sanitation, irrigation, energy, women, and child development worth Rs 2,170 crore in the district, an official said.

Elaborate security arrangements were in place to ensure a smooth visit of the chief minister in view of the threat issued by opposition parties that they would stage protests demanding the removal of Minister of State for Home D S Mishra for his alleged links with the prime accused in the Kalahandi woman teacher’s kidnap-murder case, a senior police officer said.

After he arrived at Purushottampur, the chief minister visited the Maa Tara Tarini temple, a famous Shakti shrine, and sought blessings from the presiding deity. Addressing a gathering near the temple, Patnaik said the state government is committed to providing better medical care to the public and in this regard, Biju Swasthya Kalyan Yojana (BSKY) Smart Health Card is the best gift for the people of the coastal state. He said 3.5 crore people of 96 lakh families of the state will be benefited from the BSKY Smart Health Card.

Ahead of the chief minister’s arrival, the police took several BJP and Congress local leaders under preventive custody. Demonstrators staged a road blockade in Hinjili and waved black flags before the chief minister’s convoy passed through the area. The chief minister also launched the Ganjam Darshan, a tourism trip to cover major tourist places in the district in one day.

During his visit to his Hinjili constituency, Patnaik flagged off a special high-tech bus for the purpose. The packaged tourism trip within the district will be conducted by the Ganjam Urban Transport Services Limited (GUTSL). The 14-hour trip will include five hours of travel time, around 6.30 hours of sightseeing and another 2.30 hours for breakfast, lunch and high-tea.
The Ganjam Darshan tour bus will start at 7.30 am from Berhampur and return to the city at 9.00 pm. During the period, the bus will travel around 190-km and cover at least eight tourist places in the district, including Silk City.

Tourist spots like Tara Tarini, Jaugarh, famous for Ashokan rock edict, Nirmaljhar, Bateswar, near Potagarh, Tampara lake, Gopalpur-on-Sea and Bhairavi temple will be covered in the day-long trip. “We will launch the tourism trip on a pilot basis by pressing a high-tech bus for the purpose, which costs around Rs 30 lakh,” said Ganjam collector Vijay Amruta Kulange, who is also the chairperson of the GUTSL.