Paytm Rolls Back Its ‘Trial’ Experiment That Locked Up Customers Credit Card Recharge In Gift Vouchers, Begins Returning Money To Its Users

2018-02-22T10:29:01+05:30 Paytm Rolls Back Its ‘Trial’ Experiment That Locked Up Customers Credit Card Recharge In Gift Vouchers, Begins Returning Money To Its Users 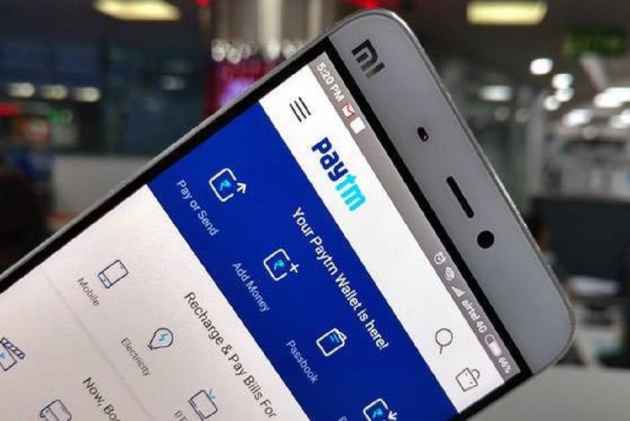 At the strike of midnight on Thursday, Paytm rolled back its “trial” experiment of locking up customers’ recharge money from credit cards in ‘gift vouchers’ section instead of sending it to wallet balance.

Paytm began crediting back the money to the customers in the early hours of Thursday.

Outlook had first reported that Paytm had silently changed their policy for credit card users in their platform, which caused outrage on social media. Anger on social media were party because Paytm slipped in the new rule without informing users.

Many users were angry after realising that instead of allowing them to add money to their wallets directly from a credit card, Paytm parked the recharge money in gift vouchers.

Explaining the new policy, the Paytm customer care had said: "If a person is adding money to their paytm wallet using any credit card, then the money will automatically get transformed into 'gift vouchers' which one cannot send to their bank accounts or to any other paytm users".

The Paytm introduced the new rule on February 15, which was in line with their aim of substantially increasing their average transaction value of Rs 500 per day from offline sales in the near-term. But the customers were not overtly alerted about the policy change.

If there is a change in your policy then at least inform your customers #paytmfraud. Money added to PayTm vouchers while I was trying to transfer money to a vendor. @vijayshekhar Yesterday you called Facebook EVIL company,..what is this?

Guys I am in Ambala on a business trip... I was out of all my debit balance...so added 30000rs from CC to Paytm so that I can't transfer it to my bank account... trust me I have 30061 in Paytm.. unable to check out my hotel .QR code not working Someone please help #paytmfraud

#paytmfraud ,This is loot by @Paytm as we are adding balance in wallet and it added as gift voucher without user consent and without warning.@paytmcare please refund my money. @ndtv @timesofindia should expose @vijayshekhar .They are looting customer.

#paytmfraud yet another way of looting its customer by paytm, added money from credit card for transfer ,15k got added but not in wallet,it got changed into paytm gift voucher without my knowledge and confirmation,now cant get them money transfered to bank#VijayShekharSharma

Sonia Dhawan, AVP, Paytm, had earlier told Outlook, "It was a trial which has been discontinued now. This was to check how many users were using their credit card to add balance to their Paytm account. We will be introducing a new policy for the Paytm customers soon."

Launched in August 2010, Paytm currently operates in India and Canada. The platform witnessed 4X growth in payments and the user base grew from 110 million in October 2016 to 280 million in October 2017. Paytm, which offered easy cashless payment solution, gained customer windfall when Narendra Modi last year demonetised 86% of cash overnight. Around 10 million transactions are done on the Paytm platform every day.

Last year, the company had said they will charge 2 percent from the customers each time credit card is used to add money to wallet. However, the decision was soon rolled back.

"Some financially savvy users (many of them employees of national financial institutions exploited this model to rotate money). To avoid this misuse, we are making some changes in our terms," the company explained in a blog post last year when implementing the 2 percent charge.