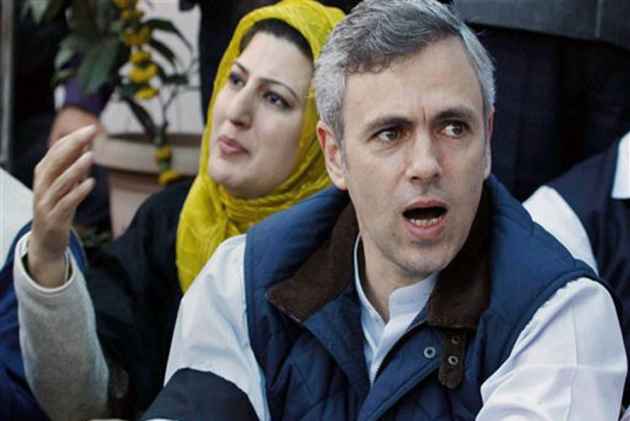 “The PDP-BJP alliance has pushed J&K into the throes of turmoil and uncertainty, and the rank opportunism that formed the basis of their politics has not only alienated the people but also created chasms between the three regions of the state. We have witnessed rampant persecution, injustices and widespread corruption while this alliance was at the helm of power”, Abdullah said at the National Conference Legislative Party meeting in Srinagar.

“The shamelessness and lack of perspective is evidenced by how Mehbooba Mufti, in a scripted TV interview to a private channel from Delhi, had all the time to remember the imaginary failures of her predecessors but had no words of sympathy for the people of the state and failed to acknowledge how much her government and that of Late Mufti Sahab brutalised and persecuted the people over the past more than three years," he said.

The National Conference leader added that Mehbooba Mufti owes the people of J&K an apology and "this apology needs to be delivered without hiding behind smokescreens and  the victim-hood of being removed from power".

According to him, Mufti has “lost the faith of her own leaders due to her arrogance and flawed policies.”

“In order to become the chief minister and to enjoy the spoils of power, Mehbooba Mufti ended up bartering the interests of the state to the highest bidders while ridiculously reserving the right to criticise her own alliance partner simultaneously,” he added.

Reiterating the demand for the dissolution of the State Legislative Assembly, the former chief minister said the party believes this was a necessary requirement to end the ongoing phase of uncertainty in Jammu and Kashmir.

“From seeking votes to stop the BJP from coming to power to embracing the BJP to become the chief minister, Mehbooba Mufti has betrayed her own promises and is responsible for the atmosphere of hopelessness and cynicism that has engulfed our youth and is pushing them away from the mainstream. She surrendered the State’s powers to New Delhi in order to remain in power and the consequences of these surrenders are irrevocable and have disempowered J&K”, Abdullah said.