The ruling PDP and the opposition National Conference said that those who used national flag during protest to seek release of ‘rapist and murderer’ of Kathua minor girl have insulted the flag and cannot be its well-wishers. 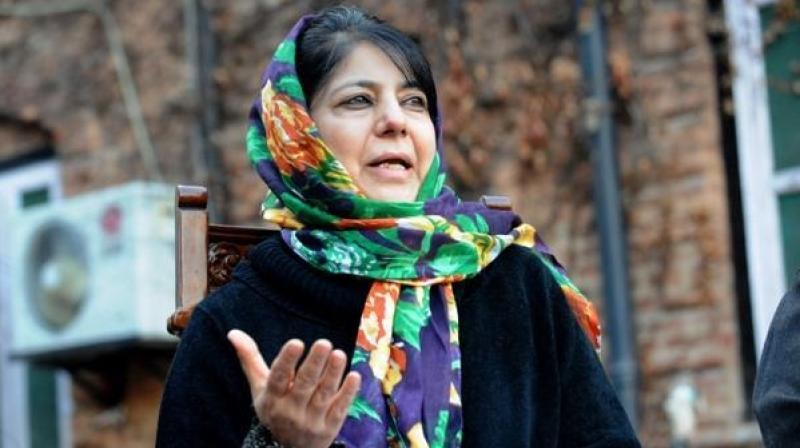 As Hindu Ekta Manch threatens agitation if the main accused arrested in rape and murder of eight-year-old girl is not released, the ruling PDP and the opposition National Conference said that those who used national flag during protest to seek release of ‘rapist and murderer’ of Kathua minor girl have insulted the flag and cannot be its well-wishers.

On Wednesday, Hindu Ekta Manch took out a rally threatening agitation if the Special Police Officer accused of rape and murder of a minor girl in Kuthua is not released.

General Secretary Jammu, Vaid Mahajan said that the protest against the arrest of the accused is condemnable. “Those who used national flag during the protest insulted the flag,” he said.

He termed the rape and murder of Kathua minor girl as ‘inhumane’ act. He said that the culprits involved in it should be dealt with strictly according to the law. “It is an inhumane act and politics should not be played over such kind of issues,” he said.

He said that the people living in Jammu region have always raised their voice against such heinous crimes. Mahajan appealed people not to support those who are involved such inhumane acts.

The National Conference Provincial President Jammu Davinder Singh Rana on Saturday decried communalisation and politicisation of a heinous crime, involving an eight-year-old girl Aasifa in Kathua, saying these attempts are highly deplorable and against the civilized behavior.

"Can politics stoop such lower depths where barbaric act against a girl child falls prey to religious chauvinism," Rana asked in a statement, adding those spearheading the cause of a criminal or criminals should have vouched for the victim whose agony and wilderness at the time of commission of the crime might have shaken the heavens.

Rana expressed surprise over illogical and uncalled for protests in support of a criminal, apprehending that these attempts might paralyze the investigation process, leading to an unfortunate situation. He said the fringe elements should not be allowed to unleash communal agenda under the garb of ultra-nationalism.

“Those aligning or indulging with the reactionary elements to have a free run from the crime are actually destroying the social fabric, which could have serious ramifications for the society at large”, he said. He said that taking sides with criminals on the basis of religion will embolden perpetrators of crime and lead to chaotic and uncontrollable situation.

“If it is Aasifa today, it can be anybody tomorrow”, Rana said while invoking societal response to the dangerous trend being set by frenzy elements, hiding behind the religion. He cautioned them against vitiating the atmosphere and testing patience of the silent majority, which does not discriminate innocent children on the basis of religion. He exuded confidence that the society ingrained with the philosophy and ethos of daughters belonging to all will isolate the perpetrators of violence and seek justice for the innocent child.

“It is moral duty for us all to ensure that poor Aasifa gets justice to lie in peace in the grave”, Rana said, hoping that the investigations set in motion by the Special Investigation Team are expeditiously taken to logical conclusion and the criminal dealt as per tenets of law.

“A criminal is a criminal and crime is a crime”, the Provincial President said, adding that those evoking emotions and giving communal tinge to the Kathua incident were committing a heinous crime against the humanity, which cannot have religious sanction. He urged the administration to take all necessary steps to instill confidence among the people by going whole-hog against criminals and their sympathizers, whichever religion they belong to.