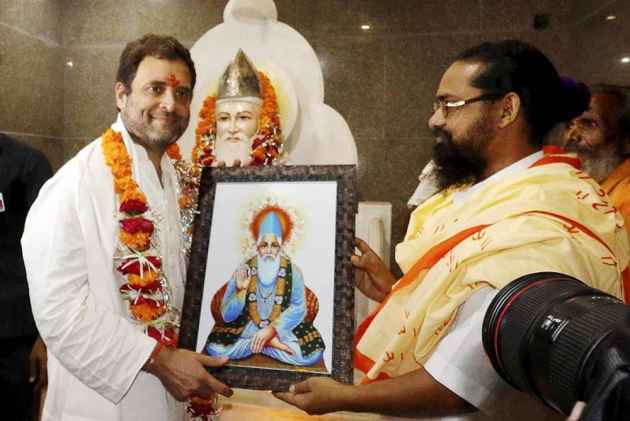 Madhya Pradesh Chief Minister Shivraj Singh Chouhan on Sunday derided Congress vice president Rahul Gandhi's recent visits to temples in Gujarat during his recent campaign tour in the poll-bound state, saying that in the run up to the assembly polls in the state, people, who never prayed before, have now resorted to visiting temples.

Rajnath Singh, on Saturday, had said had former prime minister Jawaharlal Nehru given a free hand to Sardar Patel, then India wouldn't have had the Kashmir problem.

Chouhan further said that the Congress lacked the vision to witness the development in the state.

Rahul Gandhi, eyeing to dethrone the ruling BJP in Gujarat, made a much-publicised visit to the state as part of the campaign for the assembly elections, and claimed that his party will outdo 22 years of the BJP government's developmental achievements in just six months.