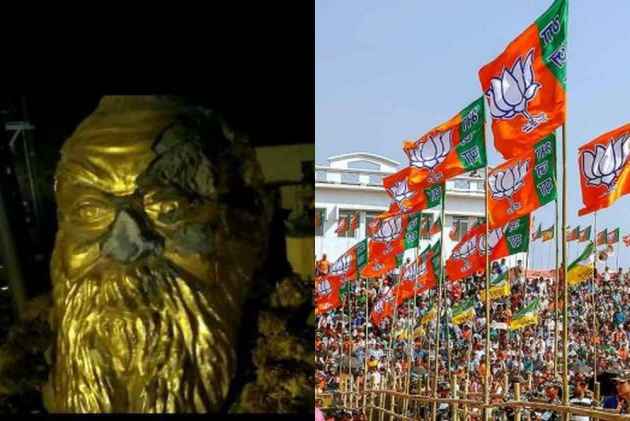 Petrol bombs were hurled at BJP office in Tamil Nadu's Coimbatore on Wednesday, in a possible retaliation to the vandalisation of Periyar Statue in Vellore.

A CCTV footage shows some men attacking the party's office in the early hours of Wednesday, hours after a statue of social reformer and founder of Dravidian movement E V Ramasamy "Periyar" was vandalised in Tamil Nadu's Vellore district. No one has been hurt.

The incident, which the police said was carried out by two drunk men, assumed political significance as it came after BJP leader H Raja said statues of the rationalist leader could be the next to be pulled down after a statute of Communist icon Lenin was razed in Tripura after the saffron party’s victory in the north-east state.

"Who is Lenin and what is the connection between Lenin and India? What connection India has with Communists? Today Lenin's statue removed in Tripura,tomorrow it will be the statue of EV Ramasamy in Tamil Nadu," he had said in a now deleted post.

Raja was referring to the pulling down of a statue of communist icon Lenin allegedly by BJP workers using an excavator machine at Belonia in South Tripura district, days after the BJP defeated CPI (M) in the closely fought assembly polls.

BJP's state unit distanced itself from the issue, saying it was his personal view.