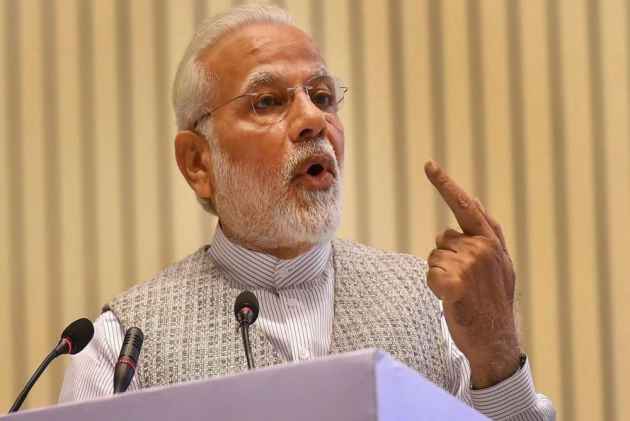 The ASI has issued orders to allow photography within the premises of centrally protected monuments, hours after Prime Minister Narendra Modi questioned the logic behind the existing restrictions at an event.

Photography will be allowed in all of the monuments and archeological sites administered by the ASI, except the mausoleum at Taj Mahal, the Ajanta Caves and the Leh Palace, the order said.

The Archaeological Survey of India (ASI) administers and manages 3,686 ancient monuments and archaeological sites, and remains of national importance.

Union minister Mahesh Sharma tweeted, "Inspired by the vision of hon'ble PM and his guidance this morning...It has been decided to allow photography within the premises of all centrally protected monuments, except Ajanta Caves, Leh Palace and mausoleum of Taj Mahal."

The PM, while inaugurating Dharovar Bhawan, a new building at the ASI's headquarters here, today questioned why it prohibit people from taking photographs at certain monuments when technology allowed satellites to take pictures from far away.

He said he felt that restricting people from clicking photographs was not right.

Professional photographers, historians and academicians were required to take permission from the ASI under a 2016 order and they stand to gain the most by today's order.

In 2016, the ASI made it mandatory for photographers to be licensed to operate commercially in protected monuments.