'Pidhikaran' Of The Congress Party Is Now Complete, Says BJP 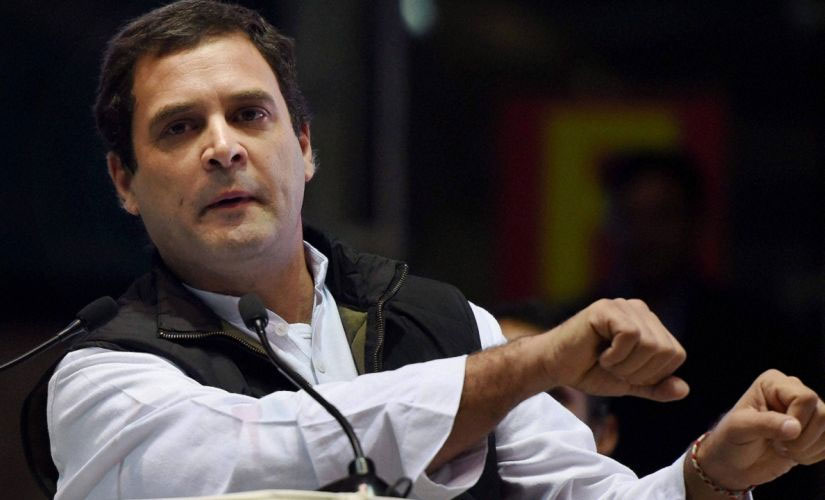 The BJP on Monday played on the words "Pidhi" and "peedi" while dismissing the process for generational change in the Congress leadership as "Pidhikaran", a reference to Rahul Gandhi's dog.

Neither the old "peedi" nor the new "peedi" matter in the opposition party, BJP spokesperson G V L Narasimha Rao said, using the Hindi word for generation to take a swipe at the process to elevate Rahul Gandhi from vice president to president of the Congress.

In no organisation is a member promoted for repeatedly failing to perform, he said after the Gandhi scion filed his nomination papers to succeed his mother Sonia Gandhi as Congress president.

"Pidhikaran of the Congress is now complete. Neither the old generation (PEEDI), nor the new generation matters. Only Pidhi matters," Rao said in a statement.

He termed the entire election process a "mockery of democratic traditions".

"The farcical election process and the sycophancy of all family faithfuls in hailing this process is a sad commentary on the grand old party.

"It shows the Congress's total disconnect with today's India which values meritocracy and not imposition of dynasty," he added.

Those who don't defer to Rahul Gandhi's pet run the risk of being ejected from their positions, Rao said in another jibe.

It was a great fall for the party that had stalwarts leading it, he said.