Pinning Hope On A Federation

In present-day Israel, ideas are frozen. This helps to entrench an atmosphere of resignation, indifference, even despair 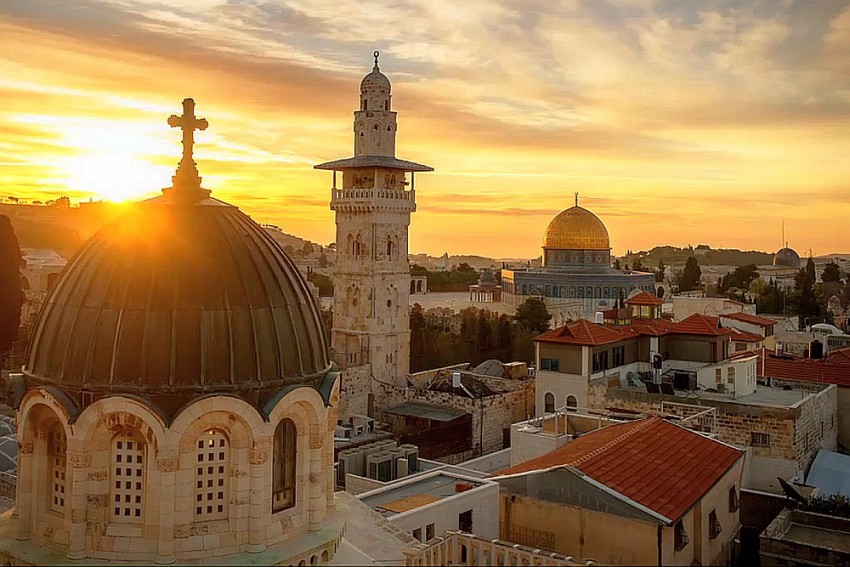 I LIKE the President of the State of Israel, Reuven ("Rubi") Rivlin. I like him very much.

This may seem a bit strange, since he is a man of the Right. He is a member of the Likud party. He believes in what is called in Hebrew "the whole of the Land of Israel".

However, he is a very humane person. He is kind and unassuming, His family has been rooted in Palestine for many generations. He sees himself as the president of all Israelis, including the Arab citizens.

I believe that he harbors a secret contempt for Binyamin Netanyahu and the likes of him. So how was he elected president? The President of Israel is chosen in a secret ballot of the Knesset. I strongly suspect that he did not get all the votes of the Likud, but was elected by the votes of the Left.

THIS WEEK, President Rivlin published a peace plan. That is not a usual act by a president, whose office is mainly ceremonial.

His plan is based on a federation of two "entities" — a Zionist-Jewish entity and an Arab-Palestinian one.

He did not go into detail. He obviously believes that at this stage it is better to float a general idea and get the people used to it. This may well be wise.

However, it also makes it difficult to judge the plan seriously. As the saying goes, the devil is in the details. It can be a very good plan or a very bad plan. Depends. Depends on the details.

Yet the very fact that Rivlin published this idea is positive. In present-day Israel, ideas are frozen. This helps to entrench an atmosphere of resignation, indifference, even despair. "There is no solution" is a very general attitude, fostered by Netanyahu, who drew the convenient (for him) conclusion: "We shall forever live by the sword".

THE IDEA of a federation is not new. I myself have thought about it many times. (I must therefore ask for forgiveness if I repeat things I have mentioned before.)

Before the 1948 war, some of us believed that the Hebrews and the Arabs in this country could fuse into a new, joint nation. The war relieved me of this notion. From what I witnessed, I drew the conclusion that we have in this country two distinct nations, and that any realistic solution must be based on this fact.

Immediately after that war, in early 1949, a small group met to find a solution. The group included a Muslim and a Druze. It created what is now called the Two-state Solution in the land between the Mediterranean and the Jordan, and perhaps beyond. Today this is an overwhelming world consensus.

It was clear to us that two states in a small country like ours cannot exist side by side without very close cooperation between them. We considered whether to call this a federation, but decided not to do so, fearing that this would frighten both sides.

Immediately after the 1956 war (in this country, we are always "immediately after the war") we formed a much larger group which called itself "Semitic Action". It included Nathan Yellin-Mor, the former commander of the underground (or terrorist) Lehi, known to the British as the "Stern Gang", the writers Boaz Evron and Amos Kenan, and others.

We devoted a whole year to producing a document, which, I believe, remains unparalleled to this day. In it we drew up a blueprint for the complete restructuring of the State of Israel, in all spheres of life. We called it the "Hebrew Manifesto".

This manifesto included a federation between the State of Israel and the State of Palestine, with the necessary joint institutions at the top. It also advocated the creation of a "Semitic Confederation" of all Arab states, Israel and perhaps also Turkey and Iran (which are not strictly Semitic countries, though they profess a religion with Semitic roots.)

SINCE THEN, the idea of a federation or a confederation has come up at different times and in different circumstances, but has not taken roots.

The terms themselves are imprecise. What is the difference between them? In different countries, they have different meanings. Russia is now officially a federation, though it is not clear what rights the components have. Switzerland calls itself a confederation. The German Bund is a "federal republic". The European Union is for all practical purposes a confederation, though it is not called so.

It is more or less accepted that a "federation" is a much closer union than a mere "confederation". This was made clear by the American civil war, when the "federal" North was battling the "confederate" Southern states which tried to secede from the union, which was too close for their liking.

But, as I said, these terms are very fluid. And they are not really important. It's the substance that matters, and the substance necessarily varies from place to place, according to history and circumstances.

FOR OUR country, the beauty of the idea lies in the fact that it squares the circle.

What do both sides want?

The Jews want a Jewish State, a state that is based on Jewish culture and history, speaks mainly Hebrew and is connected with the Jewish Diaspora. Except for a tiny little minority, this is an ideal common to all Jewish Israelis. Many Israelis would also like to keep the country, and especially the city of Jerusalem, united.

The Palestinians want a free state of their own, at long last, where they will be their own masters, speak their own language, foster their own culture and religion, free from occupation, under their own law.

A (con)federation can solve this seeming contradiction, squaring the circle. It would allow both peoples to be free in their own states, with their own identities, national flags and anthems, governments and soccer teams, while at the same time saving the unity of the country and solving their joint problems in unity and close cooperation. The border between them will necessarily be open for free passage of people and goods, without walls.

I am no expert on Northern America, but it seems to me that something like that already exists between the US, Canada and Mexico (at least until Donald Trump becomes president), in spite of the cultural and social differences between the three peoples.

PRESIDENT RIVLIN should not be satisfied with airing the idea. He should do something about it, despite the limitations of his office.

I would suggest that he set up a high-level conference of experts to meet in his residence and start to go into the details, in order to find out how this could look in practical terms.

First and foremost there is the problem of the army. Will there be two separate armies, with some apparatus of coordination — unlike the very unequal relationship that exists now between the Israeli army and the Palestinian "security force"? Can there be one unitary army? Or something in-between?

That's a hard one. A much easier one is health. There, a lot of cooperation already exists between the peoples, with Arab doctors and medics working in Israeli hospitals, and Israeli doctors advising Palestinian colleagues in the occupied territories.

What about education? In each of the two states, education will naturally be based on its own language, culture, history and traditions. In each state, all pupils must learn the language of the other side, much as Swiss pupils learn one of the national languages other than their own.

That is not enough. On both sides, teachers must be re-educated, learn at least the basics of the other side's culture and religion. And textbooks must be freed of the traces of hatred, and present a true, objective narrative of the events of the last 120 years.

Of course, not everything can be planned and decreed. Life will take over. Israeli businesspeople who want to prosper in Saudi Arabia and Iraq, for example, will look for Palestinian partners, and Palestinian entrepreneurs could use Israeli expertise and capital to do business in the Yemen and Morocco. Friendships will be struck. Here and there, inter-marriages will occur. (No, God forbid, strike the last sentence out!!!)

Mutual contacts have their own logic. Wherever muftis and rabbis meet, they discover the incredible similarities between Islam and Judaism (much more than between either of them and Christianity). Money bridges the gap between businesspeople. Academics easily find a common language.

There will, of course, be immense difficulties. What about the settlers? Can Palestinians be persuaded to let some of them stay? In exchange, can Israelis allow some of the refugees to return? I trust life.

Can Jerusalem remain united as the capital of both states and of the federal institutions?

Where will be the borders between the jurisdiction of the two national governments and the federal institutions?

I CANNOT overstate the importance of the role President Rivlin can play in all this.

Just by inviting experts to his residence and playing host to their theoretical deliberations, he can send a clear signal, without compromising himself.

The deliberations themselves can have a strong mental influence, change the atmosphere, revive hope, create optimism.

Rubi Rivlin is an optimist by nature. So am I.

Without optimism, nothing will change for the better.

The President can show to normal, decent people on both sides: yes, the circle can be squared!