As per practice, a Vote-on-Account or approval for essential government spending for a limited period is taken in an election year and a full-fledged budget presented by the new government. 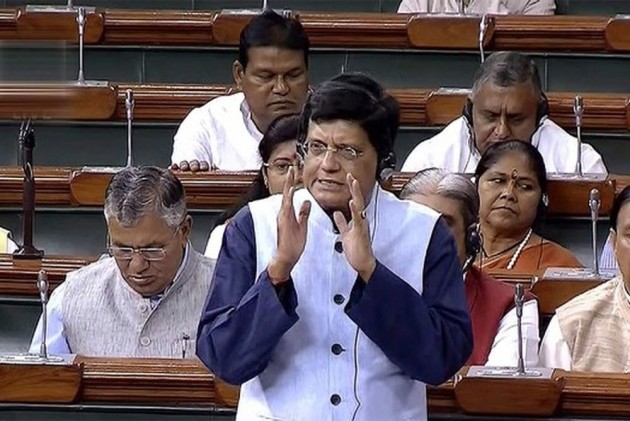 Keeping up with the tradition, the Narendra Modi-led government ahead of the general election will present an interim Budget on February 1, which is widely expected to contain certain sops for farmers and the middle class.

The last Budget of the present NDA government is likely to be presented by interim Finance Minister Piyush Goyal in the Lok Sabha.

Confusion was created after the commerce ministry on Wednesday in a WhatsApp message to media said: "do not refer Budget 2019-20 as interim Budget, it is officially referred to as general Budget 2019-20".

However, the Finance Ministry later clarified that the Budget will be called interim Budget 2019-20.

There was confusion in political circle that the government may deviate from the practice of presenting interim Budget and come up with full Budget ahead of the general elections.

To this principal opposition party, Congress had said it will strongly oppose both inside and outside Parliament the presentation of a "full budget" by the BJP-led NDA government as it has "no electoral legitimacy" and the step will go against set precedents and Parliamentary traditions.

Last week, Railway Minister Goyal was given additional charge of the Finance Ministry as Arun Jaitley has gone to the US for treatment.

Jaitley as the Finance Minister has presented five Budgets.

As per practice, a Vote-on-Account or approval for essential government spending for a limited period is taken in an election year and a full-fledged budget presented by the new government.

While P Chidambaram had presented the previous UPA government's Vote-on-Account in February 2014, Jaitley presented a full budget in July that year. Narendra Modi-led government scrapped a colonial-era tradition of presenting the Budget at the end of February.