Plan Being Hatched To Kill Me In Encounter: Pravin Togadia Day After He Went 'Missing' And Found

Togadia said he fled from his office after he got reports that a plan was being hatched to kill him in an encounter. 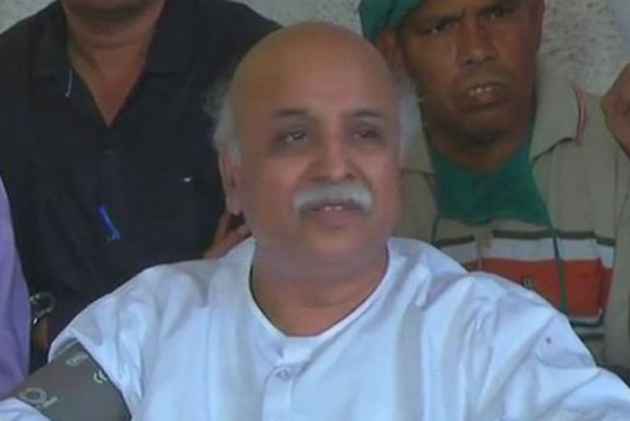 A day after Pravin Togadia went "missing" and was later found in an unconscious state at a park Ahmadabad, the VHP’s international president on Tueday alleged that attempts are being to suppress his voice.

Togadia said he fled from his office after he got reports that a plan was being hatched to kill him in an encounter.

“I am being targeted for a decade-old case. There is an attempt to suppress my voice. The Rajasthan Police team came to arrest me. Someone told me a plan was being made to kill me in an encounter, said Togadia, who broke down  at a press conference on Tuesday.

“I have been raising the voice of Ram temple, health and education. I don’t even have information about the cases filed against me,” he added.

“I left office when I came to know that Rajasthan police had come to arrest me. I left office thinking my arrest would lead to chaos. I switched off my phone and went to Thaltej to an activists’ office,” he said.

When asked who was planning to attack him, he refrained from blaming anyone and said that he will openly talk about the names with evidence.

Senior officials of the Crime Branch went to the hospital in morning where Togadia is admitted to enquire about the incident. The VHP leader, a Z-plus category protectee, went "missing" on Monday morning after stepping out of the VHP headquarters in Paldi area of the city when a contingent of Rajasthan Police came to arrest him in an old case.

According to a statement issued on Monday by the VHP in Delhi, Togadia (62), who suffered from low blood sugar levels, was found in an unconscious state in Shahibaug area and was taken to Chandramani Hospital located in the same area.

As the word spread, hundreds of VHP workers rushed to the hospital last night.

Dr Rupkumar Agrawal at the hospital said that his health was stable.

"Togadia was brought to the hospital by someone in 108 ambulance service. He was in an unconscious state," Agrawal had said last night.

The VHP had earlier claimed that Togadia was detained by Rajasthan Police in connection with the case, but the latter denied this.

The mystery over Togadia's disappearance yesterday had deepened, with a senior police officer maintaining that neither the local Sola police nor Rajasthan Police had arrested him.

Sola police station officials said a team of Rajasthan Police visited them yesterday to execute an arrest warrant against Togadia under Section 188 (disobedience to order duly promulgated by public servant) of the Indian Penal Code (IPC), but could not find him at his residence.

According to a senior Crime Branch officer, Togadia, a resident of Thaltej area in the city, boarded an auto rickshaw from the VHP headquarters in Paldi area yesterday morning and was untraceable since then.