Planning To Buy Firecrackers Online? Delhi Police May Take Action Against You

"An action will be taken against those, who try to sell or purchase firecrackers online," Delhi police spokesperson Madhur Verma said. 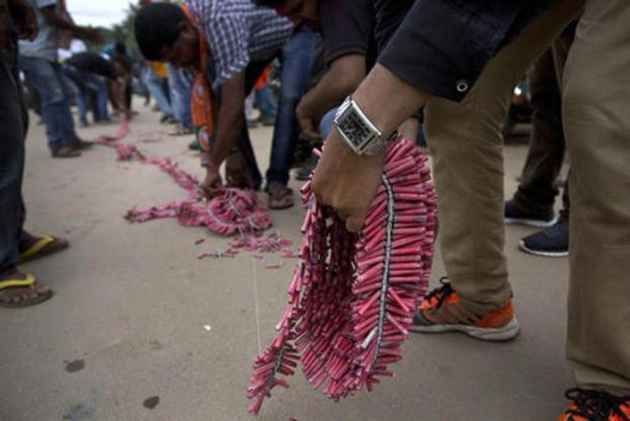 The Delhi police on Thursday said the Supreme Court's ban on sale of firecrackers in Delhi and the NCR region also applies to the online sale and purchase of firecrackers.

"An action will be taken against those, who try to sell or purchase firecrackers online," Delhi police spokesperson Madhur Verma told ANI.

Verma also informed that temporary licences will also be automatically suspended after the new order.

Temporary licences for selling firecrackers are provided by the Delhi Police every year.

On Monday, the Supreme Court restored the ban on the sale of firecrackers till November 1, in Delhi and the NCR region.

The order has been passed with a view of controlling pollution levels during the festival of Diwali.

The court's order, however, does not comment on the use of firecrackers.