Plastic Ban In Maharashtra From Today: All You Need To Know

The fine for the first-time and second-time offenders will be Rs 5,000 and Rs 10,000, respectively. A third violation will attract a fine of Rs 25,000 and a jail term for three months. 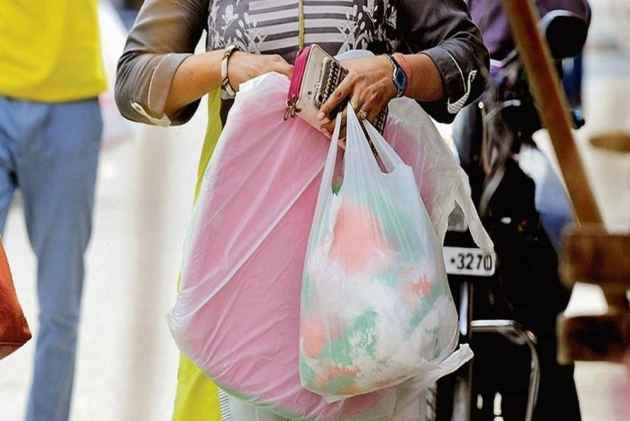 As the Maharashtra government enforced the ban on a variety of plastic items, announced in March, from Saturday, environment minister Ramdas Kadam said errant manufacturers will face a strong action, but common people and small traders will not be harassed.

He was speaking to reporters after a review meeting with the Maharashtra Pollution Control Board officials.

On March 23, the state government imposed a ban on manufacturing, use, sale, distribution and storage of plastic materials such as one-time-use bags, spoons, plates, PET and PETE bottles and thermocol items. The government gave three months for the disposal of existing stocks.

An extensive awareness campaign will be carried out in the next eight days to inform about banned items, Kadam said.

"We will ensure that common people and small traders are not harassed. But strict action will be taken again plastic manufacturers (if they break the law)," the senior Shiv Sena minister said.

There will be no relaxation in fine, he said.

The fine for the first-time and second-time offenders will be Rs 5,000 and Rs 10,000, respectively. A third violation will attract a fine of Rs 25,000 and a jail term for three months.

Kadam reiterated that 80% of banned plastic items are manufactured in Gujarat and smuggled to Maharashtra.

"Anybody caught bringing in banned plastic goods will be imprisoned for three months," he said.

The ban will mostly hit jobs in the plastic sector in Gujarat, he said, adding "we will find alternative jobs for those who are affected in Maharashtra."

On the demand to exempt thermocol used for decorations during Ganesh Festival, Kadam said, "Some Maharashtrian youths met me and requested that they be allowed to use thermocol items in the festival this year as they had already purchased these items."

The empowered committee of the government, dealing with the ban, will discuss this issue and an exemption might be given if Ganesh Mandals give an undertaking that these items will be later handed over to the municipal corporation for disposal, he said.

Retail packaging companies have been given an extension of three months to submit an undertaking over recycling of plastic materials, he said.

"Once they give the affidavit, their proposals will be forwarded to the empowered committee which will consider exempting them from the ban," the minister said.

The plastic ban was not announced overnight, unlike demonetisation. The decision was in discussion for nine months, Thackeray said.

"There has been a lot of awareness about the ban. Only wilful offenders would be worried about fines," he added.

Kadam said that 1,200 tonnes of plastic waste is generated in Maharashtra everyday.

"Fish and other marine life is threatened by plastic. Plastic is found in nullahs. The city was flooded in the past due to plastic (which chokes nullahs). Plastic is also responsible for emission of sulphur gas, which is carcinogenic.

"If the next generation is to be saved, plastic has to be banned. Seventeen states have already banned it and we are the 18th," the minister said.