"Let us sit together, one to one, do the old time heart to heart discussions over cups of simple roadside tea and let us take the nation ahead," Togadia wrote in his letter. 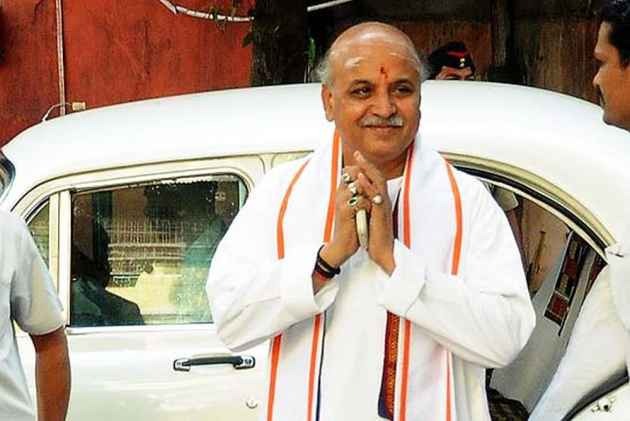 VHP leader Pravin Togadia today claimed that the Modi government had neither fulfilled its promises on Hindutva nor on development.

In a letter to Narendra Modi, Togadia sought an appointment with the Prime Minister to discuss the fulfilment of the promises, especially the construction of the Ram temple in Ayodhya and the adoption of a uniform civil code.

"Winning elections is a game of percentages, voter lists and EVMs. But fulfilling the promises makes the leader a 'Praja Lakshi' (people focused) leader," Togadia wrote in the letter.

"Bhai, please don't get swayed in the flow of power and more power. It is a state of inertia. Not nation building," the VHP's International Working President wrote.

Talking to reporters after sharing his letter, Togadia said that he and Modi may have not met and talked to each other for the last 12 years, but he would like to meet and talk with his "Mota Bhai" (elder brother) for the fulfilment of promises to the Hindus, including building of a grand Ram temple in Ayodhya.

"No other structure or a mosque can be constructed anywhere near (the disputed site). This can be achieved only by a law in Parliament," Togadia said, adding that the BJP has a clear majority in the Lower House.

Togadia also demanded a national law banning cow slaughter, withdrawal of the advisory issued by the Centre to all states against "cow protectors" and the adoption of the Uniform Civil Code.

"Neither promises on Hindutva are fulfilled nor on Vikaas (Development)," Togadia said, while talking about the Modi-led government's tenure so far.

Raising farmers' concerns, Togadia said they must get one and a half times the value of their total expenditure on their crops without any hidden "ifs and buts".

There should be no GST levied on agricultural equipments and farmers loans should be waived off, he said.

Togadia also mentioned the problems of labourers and alleged that in the name of the Foreign Direct Investment (FDI), new anti-labourer laws were being enacted, which is hurting the human capital of the country.

Ending the letter on an emotional note, Togadia said that it was still not too late.

"Let us sit together, one to one, do the old time heart to heart discussions over cups of simple roadside tea and let us take the nation ahead," he wrote in the letter.