On Saturday afternoon, Sushma Hooda tweeted that she is requesting the prime minister "with great hope" to intervene and ensure early approval and purchase of the drug Trodelvy for the Indian market as it would grant her and several others a "lease of life". 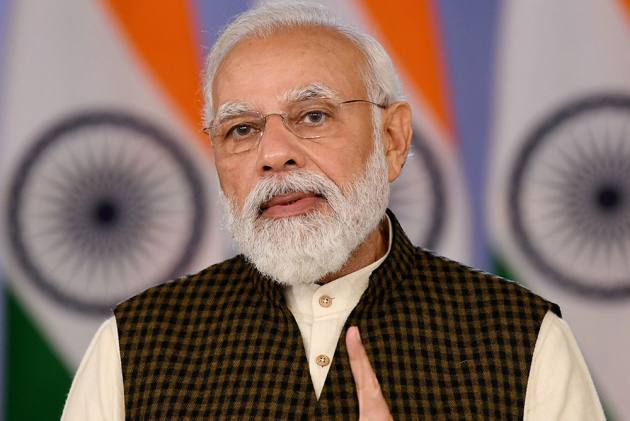 Prime Minister Narendra Modi on Saturday called retired Lieutenant General  D S Hooda to assure him that a request by his sister Sushma Hooda, who is suffering from breast cancer, to help expedite the approval and purchase of a new drug will be considered after the siblings appealed to him on Twitter.

On Saturday afternoon, Sushma Hooda tweeted that she is requesting the prime minister "with great hope" to intervene and ensure early approval and purchase of the drug Trodelvy for the Indian market as it would grant her and several others a "lease of life". Quoting his sister's tweet, former Lt Gen D S Hooda said on Twitter: "Sushma Hooda is my sister, a cancer patient of several years with dwindling hope. Keeping sentiments aside, approval of the new drug (Trodelvy) may give a fighting chance of survival to many like her."

A few hours later, he said on Twitter that he received a call from the Prime Minister's Office and he spoke with PM Modi who expressed his concern over the case. "Truly humbled and honoured on receiving his call and his words that the case would be looked into. Proud to be an Indian and even prouder of the PM's personal intervention," he mentioned.

Lt Gen Hooda was the General Officer Commanding-in-Chief of the Indian Army’s Northern Command when the 2016 surgical strikes took place.  In 2019, he headed a task force formed by the Congress party on national security to prepare a vision paper for the country.

In her detailed appeal, which was posted on Twitter on Saturday afternoon, Sushma Hooda said: "I am writing to you as a citizen of this country who needs your help in a life saving situation for me and thousands of other women with the same terminal cancer as me." She said she was 68 years old and the wife of a retired senior army officer Colonel Karamvir Singh and getting treated at the army hospital in Delhi.

"I have triple negative metastatic breast cancer which has very limited treatment options. But there is hope for us now as the US Food and Drug Administration ( FDA ) has tested and approved as first line treatment a new drug called Sacituzumab Govitecanor (Trodely) in April 2021," she noted. Also, the European medicines Agency (EMA) has approved this drug for medical use in November 2021, she mentioned.

"I request you with great hope in my heart if you can expedite the approval and purchase of this drug for the Indian market and grant a lease of life to me and several others who have exhausted all other options of treatment," she said.

After Indian regulator DCGl approves it and it subsequently reaches the Army hospital, it can take several months and cost lots of lives which can be saved through your intervention only, she noted. "I am writing this with great hope and faith in the system and mostly you and hoping for an early reply," she mentioned.