As the Chennai Central-Kevadiya weekly train makes the maiden journey, people of Tamil Nadu can now take a train journey to visit the Statue of Unity 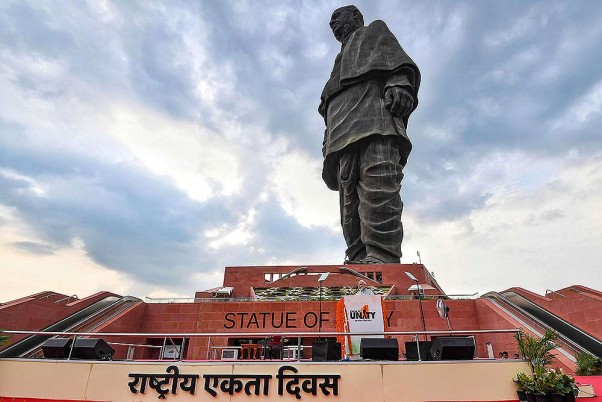 As the weekly special train connecting Kevadiya in Gujarat and Chennai flags off, tourists from Tamil Nadu are now only a train journey away from visiting the Statue of Unity, world's tallest statue in Gujarat.

"Today, I am leaving for my home state for the first time after the COVID-19 enforced lockdown was eased. I am very happy to travel by this train", expressed a passenger in a video recorded by Southern Railway and shared on its official social media account.

At the Dr M GR Chennai Central Railway Station, the train was decorated with flowers and the TTE of the special train distributed 'souvenir tickets' to passengers, which provided information of the 'Statue of the Unity' to the tourists, in view of the inaugural.

From movie screen to political screen, MGR ruled the hearts of people. His life, his entire political journey was dedicated to the poor", shared Modi.