The parliament has approved a no-trust vote against Prime Minister Rajapaksa, speaker of parliament Karu Jayasuriya announced in the House. 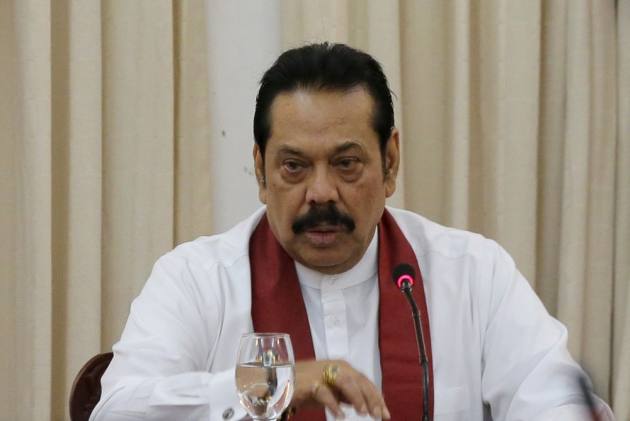 In a major setback to President Maithripala Sirisena, the Sri Lankan Parliament on Wednesday passed a no-confidence motion against the government headed by his controversially-appointed Prime Minister Mahinda Rajapaksa.

The Parliament on Wednesday met for the first time since October 26, when President Sirisena sacked prime minister Ranil Wickremesinghe and suspended the Parliament plunging the island nation into a crisis.

Parliament Speaker Karu Jayasuriya announced that a majority of the 225-member assembly supported the no-confidence motion against Rajapaksa, who was appointed by President Sirisena as prime minister on October 26 in place of Wickremesinghe.

"According to the voice, I recognise that the government has no majority," Jayasuriya announced in the House as Rajapaksa supporters protested.

He gave the ruling after the no-confidence motion was taken for a vote. The Speaker calculated the votes based on the voices he heard as Rajapaksa supporters disrupted the proceedings.

Jayasuriya later adjourned the House until 10 am Thursday.

He said Prime Minister Rajapaksa must now step down as he does not have majority support in Parliament.

The unexpected session on Wednesday morning comes a day after Sri Lanka's Supreme Court on Tuesday overturned Sirisena's dissolution of Parliament  and ordered a halt to preparations for snap elections on January 5, party officials present at the hearing said.

Sirisena dissolved Parliament after it became clear that he lacked support from lawmakers to instal Rajapaksa as the new Prime Minister following his sacking of Wickremesinghe as premier.

While sacking prime minister Wickremesinghe, president Sirisena had also suspended Parliament till November 16. He, however, advanced the convening of the House to November 14 amid international and domestic pressure against the move.

Major political parties, including the United National Party and the Janatha Vimukthi Peramuna and an election commission member Ratnajeevan Hoole, on Monday dragged Sirisena to the Supreme Court, challenging his decision by filing fundamental rights petitions against the move, which they said violated the Constitution.

Sirisena dissolved Parliament last week, almost 20 months before its term was to end, and ordered snap election on January 5, plunging the country's into an unprecedented political and constitutional crises.