PM Modi is expected to discuss the 2019 general elections with the ministers. 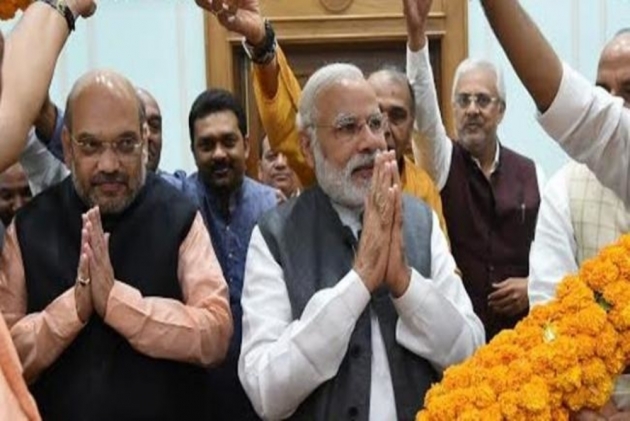 Prime Minister Narendra Modi, BJP president Amit Shah will chair a meeting with the chief ministers of BJP-ruled states on Tuesday. Deputy chief ministers of the states will also be a part of the meeting which will be held at the BJP headquarters on Deen Dayal Marg in New Delhi.

As the party gears up for the Lok Sabha polls, which are less than eight months away, the meeting is seen as a run-up to the 2019 general election.

The country’s political situation and general preparedness for the 2019 national election will also be discussed, three BJP functionaries said.

BJP sources said the conference of chief ministers, in which the top brass takes stock of works going on in states ruled by the party and issues them directions, has assumed added significance due to the upcoming assembly elections in three states and the Lok Sabha polls and these would be likely discussed in the day-long meeting.

Assembly polls are due in Madhya Pradesh, Rajasthan and Chhattisgarh, all ruled by the Bharatiya Janata Party (BJP), later this year.

The agenda of good governance and running pro-poor policies has been a key feature of the chief ministers' meetings, which have been taking place regularly since Modi took over as prime minister in 2014.

The BJP claims the government’s welfare schemes had benefitted about 22 crore people.

“The BJP has 11-crore plus members. If we can convert welfare schemes into voters, the BJP will return to power with a majority greater than 2014. The chief ministers’ conclave will discuss all these issues threadbare,” a leader said.