PM Modi And Congress Leaders As Different As The Hair Of Moustache And That Of Tail, Says Union Minister Narendra Singh Tomar 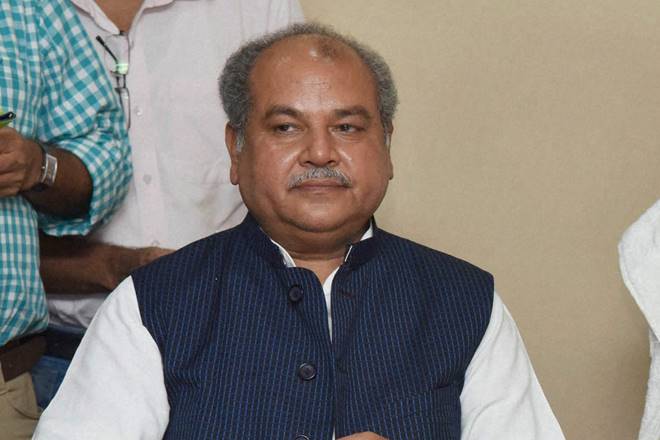 Invoking a rustic Hindi phrase, Union minister Narendra Singh Tomar has said that Prime Minister Narendra Modi and Congress leaders were as different as the hair of a moustache and that of a tail.

He was addressing BJP workers at Kolaras in Shivpuri district , Madhya Pradesh, two days ago.

Talking about the challenge posed by the opposition party in Gujarat with the help of Hardik Patel and others, Tomar said, "The difference between the prime minister and Congress leaders is akin to the difference between the hair of moustache and hair of tail. (Pradhan Mantri aur Congress netaon-ke beech moonch aur poonch ke baal jaisa antar hai). The Congress would not be able to bridge this gap."

When contacted, the Union minister told PTI today, "I haven't named any (Congress) leader. I was referring to the difference between the personalities of Modi and Congress leaders."

In his address to BJP workers, Tomar also dubbed the Congress as the party of a single family.

Results in Uttar Pradesh and Gujarat Assembly elections showed that people were with Modi, he said.

Tomar described senior Congress leader from the state Jyotiraditya Scindia as a "tourist Parliamentarian" who arrives as a tourist and returns after performing 'Bhumi Pujan' ceremony for projects.

The Congress MP, however, doesn't tell people which government funded these projects, the Union minister added.

Later, speaking to reporters after the BJP workers' gathering, Tomar said there was no anti-incumbency in Madhya Pradesh, and the BJP would retain power in the state.

He expressed confidence about the saffron party's victory in the upcoming by-polls to Kolaras and Mungaoli Assembly seats.

By-elections to Kolaras and Mungaoli were necessitated by the demise of sitting Congress MLAs Ram Singh Yadav and Mahendra Singh Kalukheda, respectively.