Monsoon session of the Parliament will begin from tomorrow and will continue till August 10. 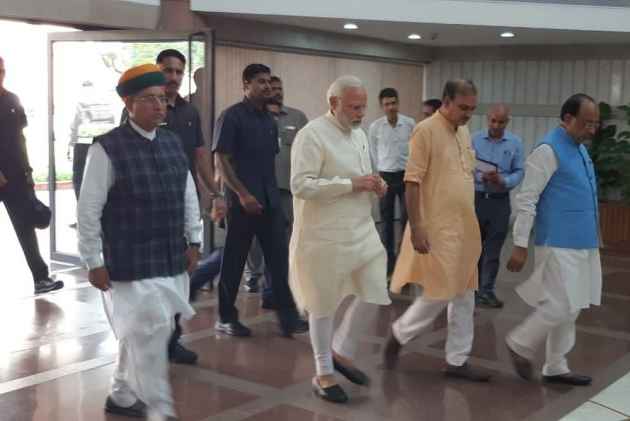 After Prime Minister Narendra Modi chaired an all party meeting ahead of the Monsoon Session of Parliament on Tuesday, Union Minister Ananth Kumar said the outcome of the meeting was positive.

"All party meeting was positive. All parties promised support for smooth functioning of the house. Prime Minister Modi asked everyone to let the session function smoothly," Kumar told media here.

"Congress and other parties pitched different topics during the meeting. They can raise these issues in Parliament also tomorrow. Modi government is ready to talk on all issues and find a solution to them," he added.

Monsoon session of the Parliament will begin from tomorrow and will continue till August 10.

The session will have 18 sittings. During the session, Triple Talaq Bill, which has been passed by the Lok Sabha and is pending in the Rajya Sabha, will be among the top priorities of the government to pass it.

The government will also push for constitutional status for the National Commission for OBCs. Other bills including National Medical Commission Bill and Transgender persons (Protection of Rights) Bill will also be taken up during the session. (ANI)