PM Modi Not An Advocate Of 'Peace Talks' With Pakistan: Pervez Musharraf

Musharraf claimed that a four-point initiation of peace was strategised by the former president and was put in implementation by the leadership of both countries. 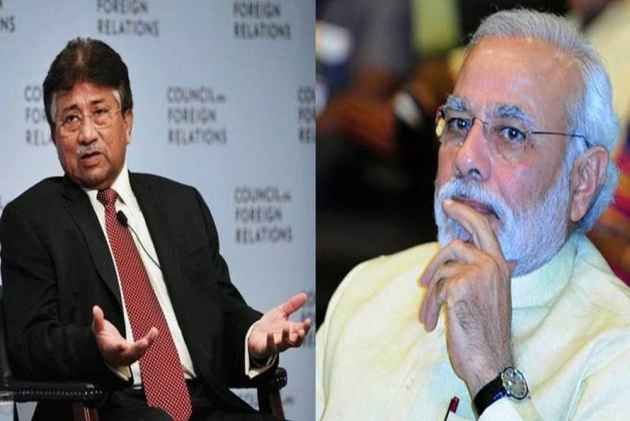 Pakistan and India were on the path of peace and reconciliation under his regime, former Pakistani dictator Pervez Musharraf has said while claiming that Prime Minister Narendra Modi was not an "advocate of peace talks".

The former president and chief of All Pakistan Muslim League (APML) in an interview with Voice of America claimed that when he was in power, India and Pakistan were on the "path of reconciliation", but that is not the case anymore, the Express Tribune reported.

"At the time, I spoke to both the prime ministers, Atal Bihari Vajpayee and Manmohan Singh, they were both from different political parties but we wanted to move forward from the disputes,” he said.

The 74-year-old retired general, who is facing high treason charges, has been living in Dubai since last year when he was allowed to leave Pakistan for medical treatment.

Musharraf claimed that a four-point initiation of peace was strategised by the former president and was put in implementation by the leadership of both countries.

The four points of contention included Siachen and Kashmir as well, he said.

"We were working on my strategy because both sides wanted to have peace. This is not the case anymore. They want to undo us," he claimed.

"Incumbent Prime Minister Narendra Modi wants to enforce supremacy in India and isn't an advocate of peace talks," he alleged.

He alleged that there exists an "inherent bias" towards India's treatment as both possess nuclear arms, but no questions are raised on India.

"Nobody asks India to control their assets. Pakistan became a nuclear state because India posed an undeniable existential threat,” he said.

"The US should have stopped them, we have been loyal to them throughout,” he said.

He said that Pak-US relations have suffered quite a blow and are currently at "the lowest ebb".

Answering a question as to why there are strenuous relations between the two countries, Musharraf said, "US has supported India very openly from the Cold War era. And now again, the US is aligning itself with India against Pakistan, this affects us directly. We would like the UN to examine India's role in Afghanistan. A one-sided approach to the problem is negative.”