PM's comments came when he was replying to a question about the labour and farm laws enacted by the government and its refusal to roll-back the three contentious agriculture laws, as demanded by the protesting farmer unions. 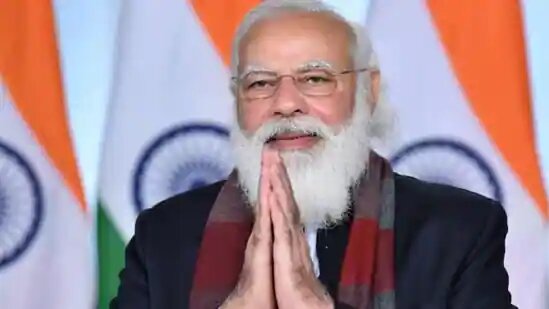 Prime Minister Narendra Modi on Saturday lashed out at the opposition and condemned them for  "intellectual dishonesty" and "political deceit" over its criticism of his government's three contentious farm laws.

PM Modi later added that a government is required to take tough and big decisions in a bid to ensure the long pending benefits to citizens.

Standing squarely behind the decision of implementing the agri laws, Modi said it is one thing if a political party makes a promise and is unable to deliver on it but what is a "particularly undesirable" and "detestable" trait is some of these parties made promises on the lines of the reforms enacted by his government and have now done a U-turn and spread "the most malicious kind of misinformation on the promises they themselves had made".

In an interview to Open magazine, he said, "The things that people of India are entitled to, those benefits that they should have received decades ago, have still not reached them. India shouldn't be put in a situation where it has to wait any longer for the things that this country and its citizens are entitled to, we should give it to them. And, for this, big decisions should be taken and if need be, tough decisions should also be taken."

He was replying to a question about the labour and farm laws enacted by the government and its refusal to roll-back the three contentious agriculture laws, as demanded by the protesting farmer unions.

The ruling BJP has said that several opposition parties, including the Congress, had promised similar farm reforms that the Modi government has enacted but are now backing protests against the new laws for selfish political reasons.

A section of farmers, especially in Punjab and part of Haryana and Uttar Pradesh, have been protesting against the laws, whose implementation have been put on hold.

The prime minister noted that his government has been saying right from the beginning that it is ready to sit together with the protesting farm bodies and discuss on those issues on which there is a disagreement.

"Many meetings have also been held in this regard but no one till now has come up with a specific point of disagreement that we want this to be changed," he said.

Modi said politics in India had seen only one model under which governments were run to build the next government, while his fundamental thinking is different as he believes in running the government to build the nation.

Referring to his government's measures like cooking gas cylinder distribution and building toilets for the poor or push to digital payments, he said many sections of India's political class view people through the lens of "Raj Shakti" (government's power) while he sees them as "Jan Shakti" (people's power).

The prime minister also asserted that India has done better than many developed countries in handling the Covid pandemic.

In an apparent attack on those who have criticised his government's handling of the Covid pandemic, he said, "However, we have in our midst vested interests whose only aim is to tarnish India's name. Covid was a global scourge with all countries equally affected. In this scenario, India has done better than its peers and many developed countries, notwithstanding such negative campaigns."

The biggest lesson from the Covid fight has been that India has an unparalleled ability to unite, find a common purpose, come together, and a tremendous capacity to deliver when a need arises, he said.

From being a net importer of personal protective equipment (PPE) kits, India has now become one of the biggest manufacturers across the globe, he said.

"Imagine if our country had not come up with a vaccine. What would be the situation? We know that a large population of the world doesn't have access to Covid vaccines. Today, our success in vaccination is thanks to India being Atmanirbhar (self-reliant)," he said.

On the farm laws, he said his government is committed to empowering the small farmers in every way.

Slamming rivals, he said, "If you look at those who are opposing the pro-farmer reforms today, you will see the real meaning of intellectual dishonesty and 'rajneetik dhokhadhadi' (political deceit). These were the same people who wrote letters to chief ministers asking them to do the exact same thing that our government has done. These were the same people who wrote in their manifesto that they would enact the same reforms that we have brought."

"Yet, just because some other political party, blessed by the will of the people, is enacting the same reforms, they have made a complete U-turn and in a brazen display of intellectual dishonesty, completely disregard what will benefit the farmers and only seek what they think will benefit them politically."

Modi also said that he attaches a big importance to criticism as it is his conviction that this helps in his own healthy development.

"I, with an honest mind, respect critics a lot. But, unfortunately, the number of critics is very few. Mostly, people only level allegations, the people who play games about perception are more in number. And, the reason for this is that, for criticism, one has to do a lot of hardwork, research and, in today's fast-paced world, maybe people don't have time. So sometimes, I miss critics," he said.