PM Modi will also visit Singapore to take part in the 13th East Asia Summit and other meetings on November 14 and 15. 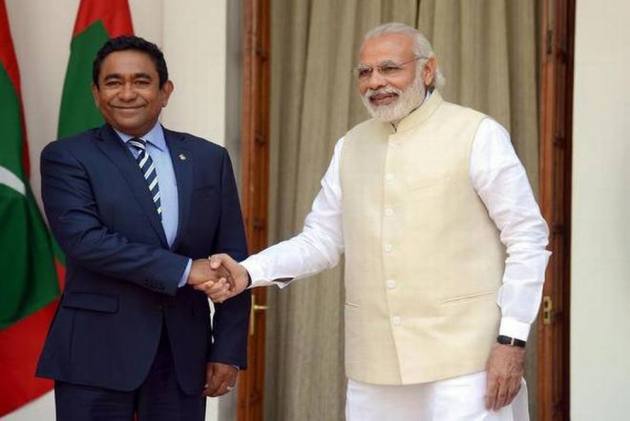 Prime Minister Narendra Modi will attend the swearing-in ceremony of Maldives  President-elect Ibrahim Mohamed Solih, the Ministry of External Affairs (MEA) said on Friday. The oath-taking event is scheduled in Male on November 17.

PM Modi will also visit Singapore to take part in the 13th East Asia Summit and other meetings on November 14 and 15, MEA Spokesperson Raveesh Kumar said at a media briefing.

The prime minister has accepted the invitation extended by Maldives' president-elect Solih to attend his swearing-in ceremony on November 17, he said.

On the US waiver to India from Iran sanctions, Kumar said the US has shown understanding of India's position on the issue.

India, China and Japan were among eight countries temporarily allowed to continue buying Iranian oil as they showed significant reduction in oil purchase from the Persian Gulf country after the US reimposed crippling sanctions on Tehran, US Secretary of State Mike Pompeo had said earlier this week.