"There's an instruction from the government to put up pictures of the Prime Minister and the chief minister." 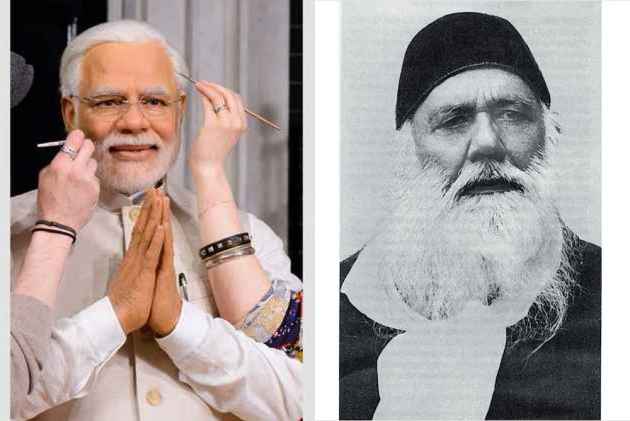 A picture of Prime Minister Narendra Modi has replaced that of Aligarh Muslim University founder Sir Syed Ahmad Khan's in a PWD guesthouse in Khair, near Aligarh.

The portrait of Sir Syed disappeared mysteriously on Friday.  At the same spot, a picture of Narendra Modi was hung, reported The Telegraph.

Pradip Ratnam, PWD superintending engineer in Khair, told the newspaper it was the state government's order to hang pictures of Modi and Chief Minister Yogi Adityanath. It is not known, however, why Sir Syed's portrait was removed.

"Guesthouse staff have been asked to explain why Sir Syed's portrait was removed," he told reporters. "There's an instruction from the government to put up pictures of the Prime Minister and the chief minister."

26 kilometers from the guesthouse is the Aligarh Muslim University which is embroiled in another controversy over the portrait of Mohammad Ali Jinnah that has been hanging there since 1938.

On May 2, violence broke out on the AMU campus after a Muhammad Ali Jinnah portrait on the campus triggered a right-wing protest. A function to grant life membership of the student union to former vice president Hamid Ansari was also called off and he returned to Delhi.

The AMU students alleged that the protesters were from Hindu Yuva Vahini, and were allowed to leave a police station after being initially detained.

Even as the indefinite dharna and boycott of academic activities by students in the university continued, a video of protesting students shouting slogans of "Azadi", apparently against right-wing groups, went viral on social media.

Meanwhile, two persons - Amit Goswami and Yogesh Varshney, a former city president of Hindu Yuva Vahini - were arrested late yesterday in connection with the violence in AMU on May 2 and sent to custody, police said.

They allegedly tried to breach peace by posting inflammatory material on social media, prompting the administration to temporarily suspened internet service in the city.