The Prime Minister has assured of help to Andhra Pradesh in tackling the flood situation. 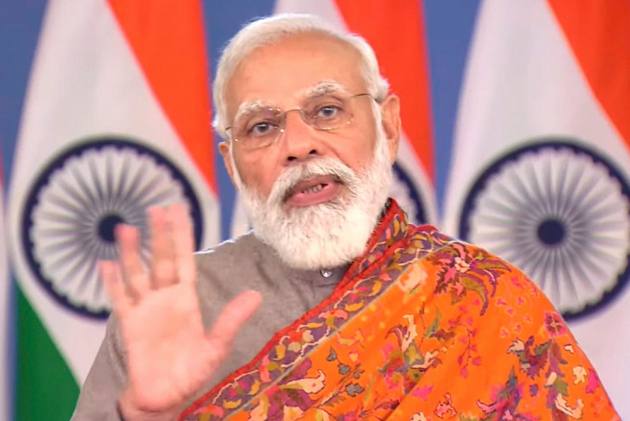 Prime Minister Narendra Modi, in a telephonic conversation with Andhra Pradesh Chief Minister Y.S. Jagan Mohan Reddy enquired about the situation of the state, which for the past few days has been in the clasp of heavy rains.

The Chief Minister explained about the high intensity situation in Nellore, Anantapur, YSR Kadapa and Chittoor districts due to the heavy rains and the steps being taken by the government. Reddy told the Prime Minister that Navy helicopters were being pressed into service.

The Chief Minister will be conducting an aerial survey of the flood affected areas on Saturday. Reddy will cover areas affected by heavy rains including Kadapa, Chittoor and Nellore.
Earlier, the Chief Minister told the state legislative Assembly that the state government will come to the rescue of the people hit by heavy rains and assured them all help. During a short discussion on welfare of farmers, he said he has directed the district collectors of Nellore, Chittoor and YSR Kadapa districts to be liberal and compassionate towards the needs of the people. He further said that two Naval helicopters were dispatched to Anantapur and YSR Kadapa districts each for rescue operations and discussions are being held to press five more naval helicopters into service.

Reddy expressed his deep condolences to the families of the people lost their lives due to heavy rains and directed the officials to provide them a compensation of Rs 5 lakh on war footing. He said teams were formed to access the damage to crops and added that crop enumeration will be done once the rains recede. Also seeds will be provided at 80 per cent discount to groundnut farmers whose crops were damaged by heavy rains in Chittoor, Anantapur and YSR Kadapa districts and at 80 per cent discount to paddy farmers in Nellore district. The Chief Minister has further assured that the crop loss of Rabi season will be given in the same season before onset of Kharif.