'Modi Wants To Celebrate Nov 8', This Proves That He Has Not Understood The Pain Of People, Says Rahul Gandhi 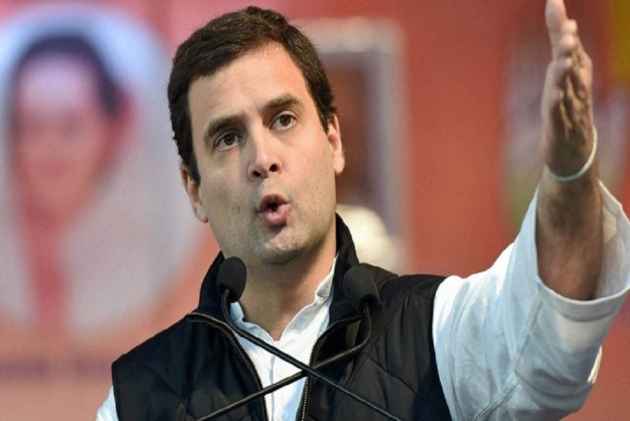 Congress vice president Rahul Gandhi on Monday said that the Central Government has launched two torpedoes on the India economy- one demonetisation and another is Goods and Service Tax (GST), adding that note ban was an "Out and Out disaster" by Prime Minister Narendra Modi.

Slamming the Central Government over the implementation of the GST, Rahul said, "The GST is a good idea, but the Central Government has implemented it in wrong way. Prime Minister Modi's government has launched two torpedoes on the Indian economy - one is demonetisation but due to this the economy somehow gets stable and another one is the GST, which has ruined the whole Indian economy completely."

Union Finance Minister Arun Jaitley earlier announced that the Bharatiya Janata Party (BJP) will observe November 8, the day when Rs 500 and Rs 1,000 notes in circulation ceased to be a legal tender, as 'Anti-Black Money Day' across the country.

The Opposition has also decided to observe November 8, the first anniversary of demonetisation, as 'Black Day' across the nation.