The former vice-president made these remarks and other observations about Indian democracy in his new book “Dare I Question? Reflections on Contemporary Challenges”. 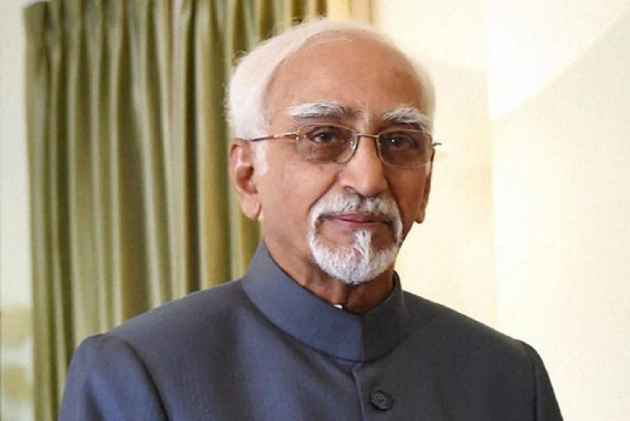 Raising the issue of Prime Minister Narendra Modi's remarks at his farewell function almost a year ago, former vice president Hamid Ansari said many considered the comments to be a departure from accepted practices on such occasions.

Ansari made these remarks and other observations about Indian democracy in his new book “Dare I Question? Reflections on Contemporary Challenges”, a collection of his speeches and writings, made mostly in his last year in office and some in recent months, and brought out by Har-Anand Publications.

August 10, 2017, was the last day of Ansari's second term as Vice President (2007-2017) and Chairman of the Rajya Sabha. According to tradition, leaders of political parties and members devoted the forenoon session to thanking the Chair.

ALSO READ: Now, You Are Free To Speak According To Your Core Thinking: PM Modi To Hamid Ansari

Regarding the PM's speech on his farewell session,  Ansari says “The Prime Minister participated in this and while being fulsome in his complements also hinted at what he perceived to be a certain inclination in my approach on account of my having spent, as he put it, both a good part of my professional tenure as a diplomat in Muslim lands and in post-retirement period on minority-related questions”

“The context, presumably, was my reference in the Bengaluru speech to what I perceived as ‘enhanced apprehension of insecurity' and in the TV interview to ‘a sense of unease creeping in' among Muslims and some other religious minorities" he adds.

In his last interview before he demitted office, Ansari had pointed out that Muslims in the country were experiencing a "feeling of unease".

Following the interview, Ansari was criticized severely by the BJP and had termed  his remarks as "petty".

Elaborating on the same Ansari says “The subsequent furore by the ‘faithful' on social media tended to lend credence to this. On the other hand, editorial comments and a good many serious writings considered the PM's remarks to be a departure from accepted practice on such occasions”

He uses a line from an Urdu couplet to depict my words – “bhari bazm main raaz ki baat keh di (revealed in public what was hidden)”.

Ansari also feels that the widely accepted pluralist view of nationalism and Indianness is now being challenged by a viewpoint depicting “purifying exclusivism” through the idea of “cultural nationalism”.

The idea of ‘cultural nationalism' is premised principally on a shared culture narrowly defined, he says.

According to Ansari, who had the distinction of being the only second vice-president after S Radhakrishnan to serve for two consecutive terms, the debate on nationalism has wider ramifications for Indian democracy.

“In the typology of democracy; ours is a liberal one based on universal suffrage, tolerance, respect for diversity, a comprehensive charter of rights and Rule of Law that brings together the notions of rights, development, governance and justice. Their attainment is premised on equality and fraternity. Any dilution of this principle will take it in the direction of an ethnic democracy, implicitly or otherwise, and would bring forth an illiberal structure,” he says.

According to him, two sets of challenges are confronting the country - the first pertains to principles and values of public life and the second to institutional structures of the Indian polity.

“Both are succinctly expressed in the Preamble and dilated upon in the text of the Constitution; both seem to be under stress for a variety of reasons. Some of these are easily identified by reading the section on Fundamental Duties and assessing the extent to which these are observed individually and collectively" he observes

“Three among these, namely promotion of harmony, preservation of composite culture, and development of scientific temper, seem to be challenged with particular frequency and ferocity; this is indicative of reservations about their meaning and intent,” he writes in the book's preface.